A highly sustainable, trapezoid-shaped building housing the classrooms, research laboratories and administrative offices of the university’s departments of Mathematics, Computer Sciences, and Environmental Sciences. The building innovatively responds to the site which it occupies – interior ellipse and infinity-shaped courtyards were purposely carved out of the central atrium to protect the native trees that predate the development of the site.

With over 100,800 students and a faculty of over 6,500 teachers, Universidad de Buenos Aires is the premier institution for scientific study and research in Argentina and the core of academic learning for South American nations. The task to design a building on the campus was of was of particular significance to Rafael Viñoly, who graduated from the university.

Housing that would house three of the university’s most important faculties (the Departments of Mathematics, Computer Sciences, and Environmental Sciences) – which have previously occupied an outdated and cluttered building adjacent to the new site – was of particular significance to Rafael Viñoly, who graduated from the university. The design for the Facultad de Ciencias Exactas y Naturales responds to the cultural needs of a country whose university systems provide Argentineans with features expansive indoor and outdoor public spaces where they students can gather to converse, argue, debate, exchange ideas, and develop opinions.

Two curving courtyards intersect expansive indoor gathering and study areas, carving out space to preserve The building also innovatively responds to the site which it occupies –In addition, interior ellipse and infinity-shaped courtyards were purposely carved out of the central atrium to protect the native trees that predate the development of the site, yielding one of the building’s most prominent features is that the enclosed space is flooded with daylight and natural ventilation. The courtyards also integrate the building into the campus via an open passageway that runs directly from the west to the east end of the building, straight through one courtyard to an outdoor terrace, connecting the building to the old facility adjacent to it. One of the most prominent features of the building, which reflects a quality found in most buildings in South America, is that the enclosed space is flooded with daylight and natural ventilation via the two interior courtyards located in the central atrium. On the ground level, these areas are bordered by a cafeteria and student lounges, and on the second level by research laboratories that overlook the gardens. These courtyards house clusters of native and exotic trees, and provide occupants with lively gathering spaces and an energizing research environment.

The trapezoid-shaped building is organized into two floors. The ground level is dedicated to classrooms and student learning, and the level above to research laboratories and administrative offices. Lining the perimeter of the building at both levels are demountable classrooms, conference centers, and office spaces fit out with demountable walls and designed for maximum flexibility so as to suit the future needs of the campus and accommodate the rapidly changing nature of the sciences and science education. The walls of these spaces feature dare dry-erase white boards which that form spaces where students and instructors are free to express opinions and ideas. 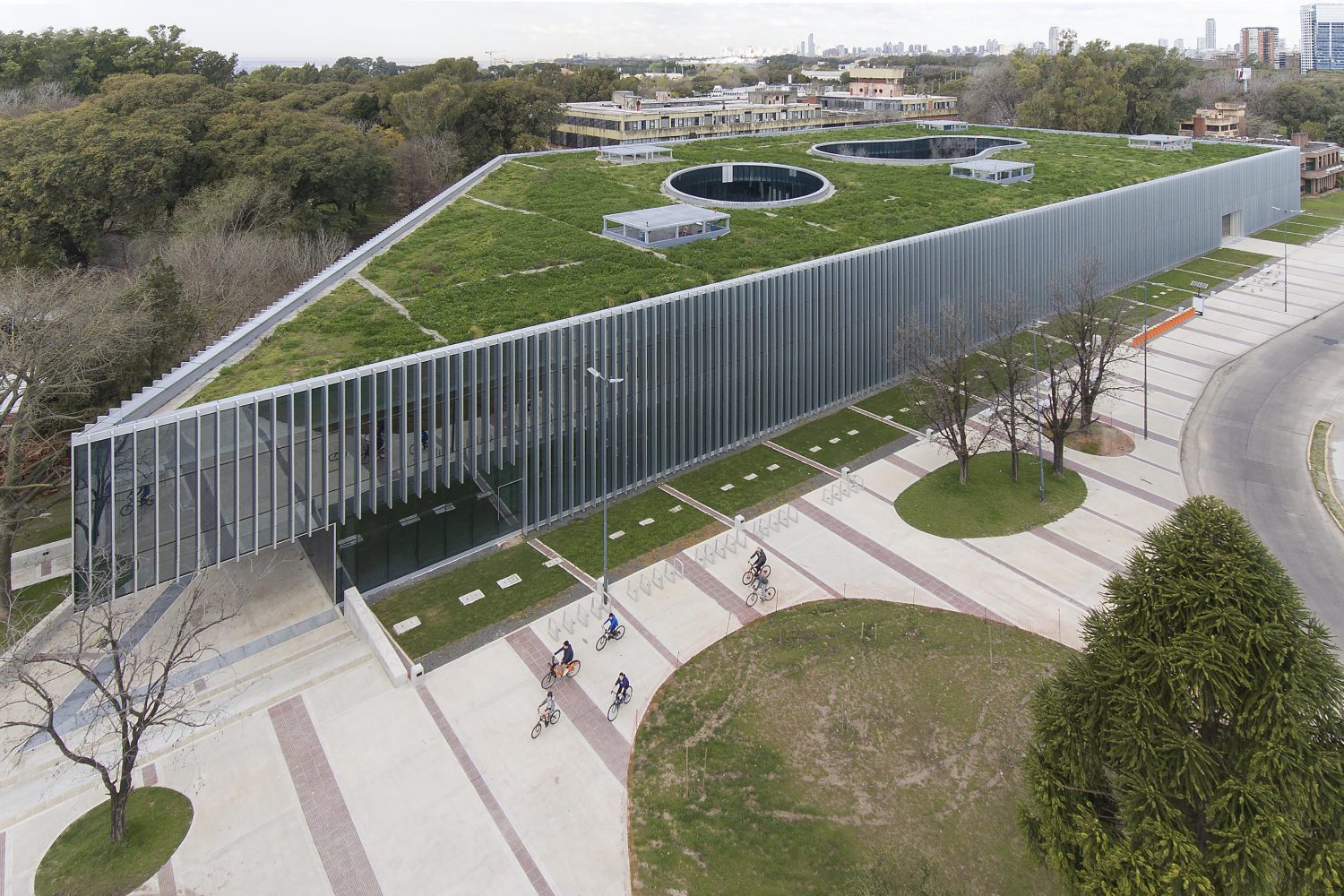 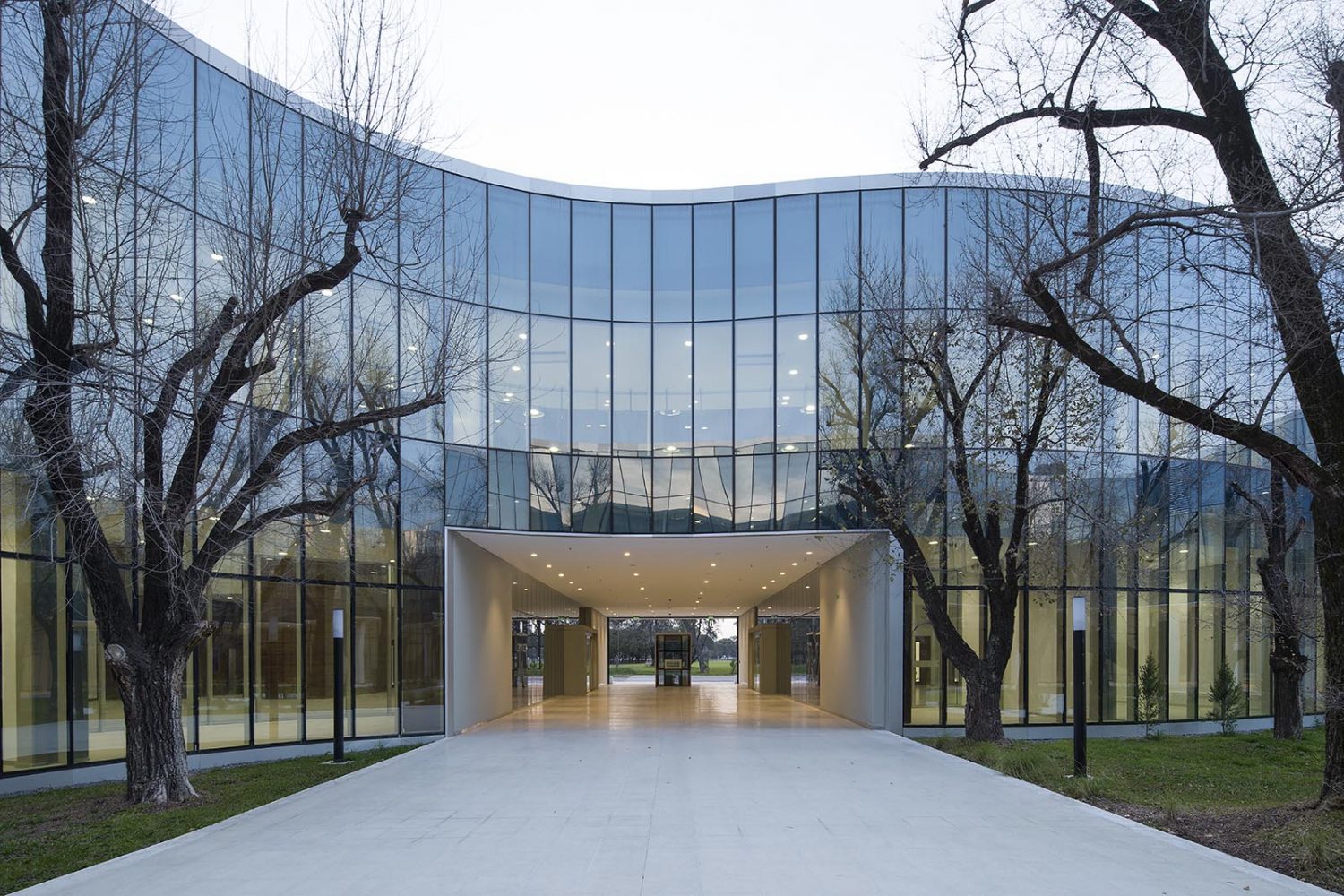 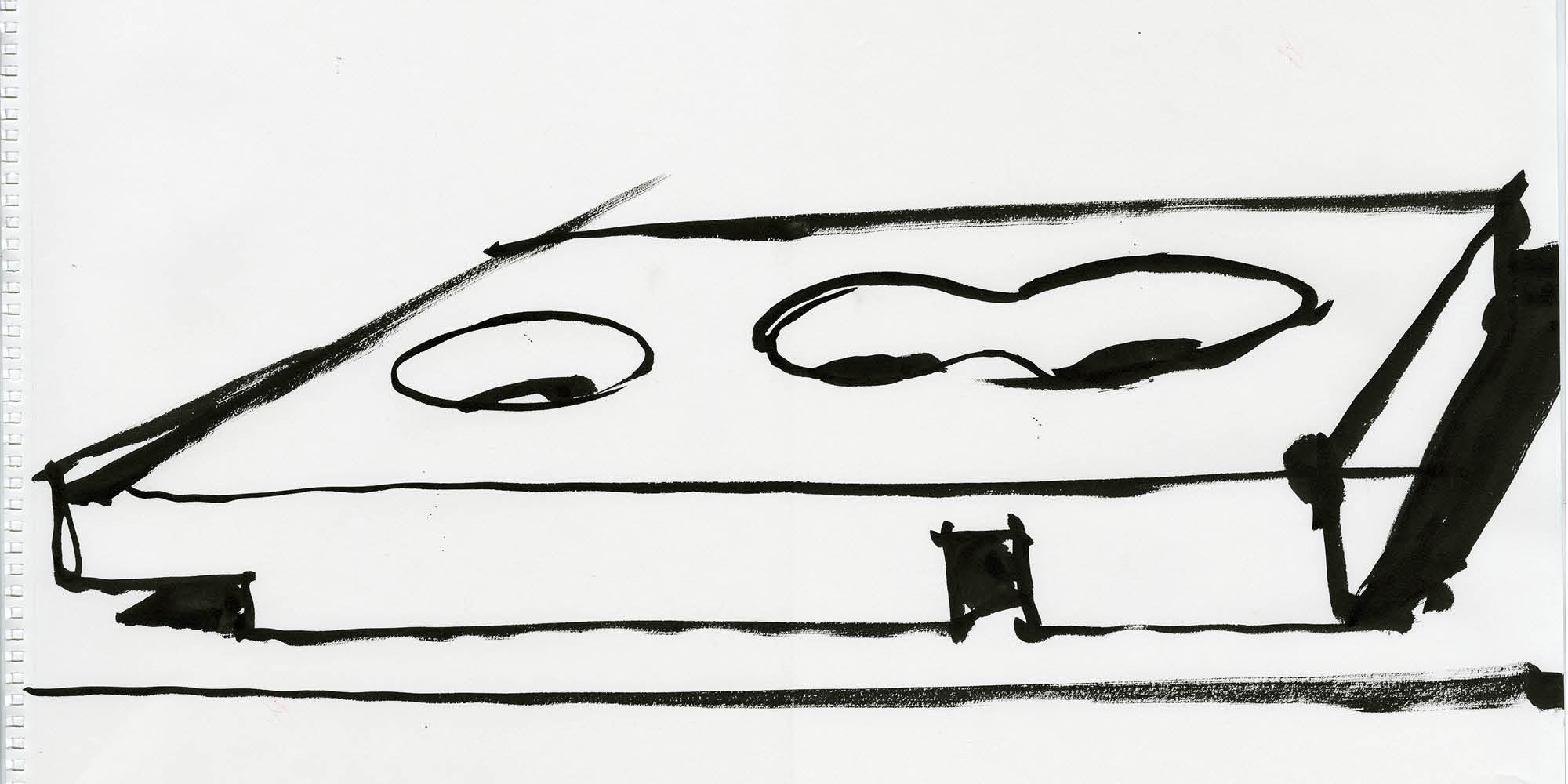 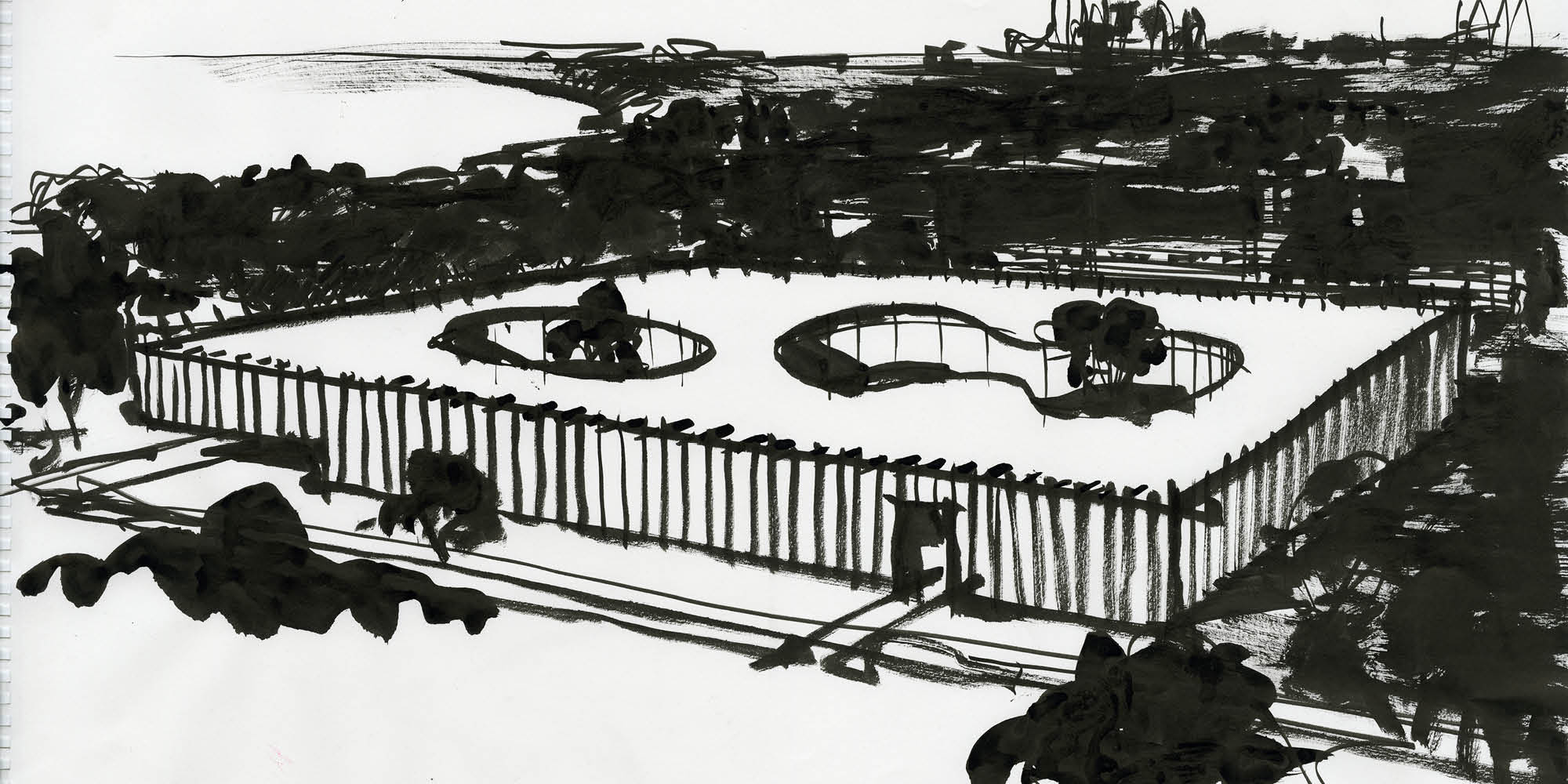