This soccer stadium was specially built for the 1978 World Cup games. Designed to accommodate more than 50,000 spectators – 24,000 in standard seating – in a broad and asymmetrical bowl, it is embedded in a natural depression in the foothills of the Andes. A wide concourse deck housing the facility’s services and secondary spaces surrounds the bowl just beneath the protruding lip of the stadium; the deck facilitates above-ground passage through the structure and offers 360-degree views of the dramatic landscape.

Within the stadium, the single rank of stands descends at a gentle slope to a standard playing field. Unusually, players and spectators are not separated by the high fence typical of contemporary stadia; instead, the field is protected by a low railing and a wide moat. The stadium’s shallow, gently sloping bowl, the profile of the Andes, visible from most of the stands, and the unobtrusive security architecture combine to give the spectator a sense of being cradled within the landscape.

The widest and tallest section of the bowl, facing east and paralleling the longer axis of the field, is also the only section to be sheltered from sun and rain. A monumental horizontal concrete-and-steel beam supported on two canted columns in turn supports a seemingly delicate translucent steel-framed canopy. The same beam houses the stadium’s press boxes, announcer’s booth, and high-angle camera positions. 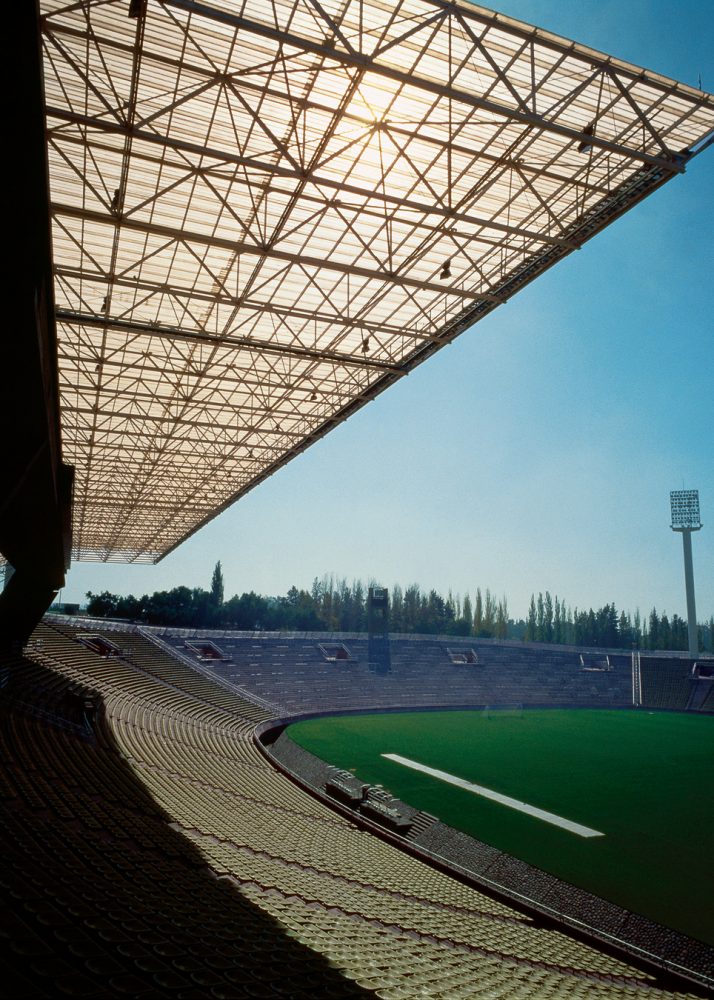 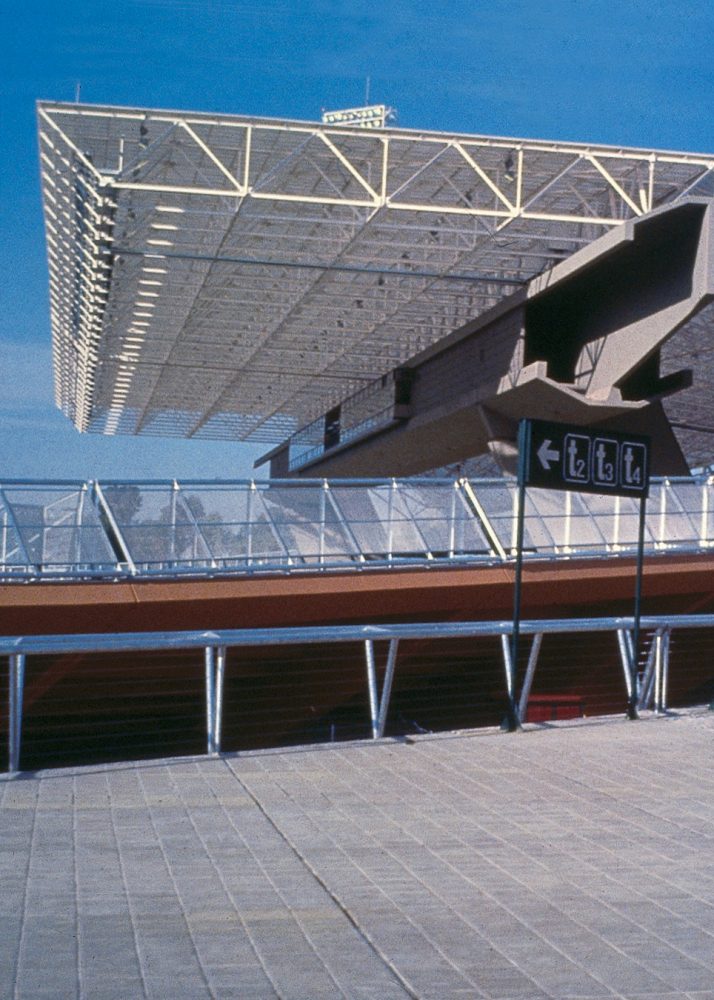 Government of the Province of Mendoza, in association with the Asociasión de Fútbol Argentino