The house’s local Pennsylvania stone exterior contributes to the castle-like character of a building that consists of a series of distinct but connected volumes around a central courtyard and anchored by a three-story observation tower that contains the owner’s study above a bedroom.

Located in the rolling hills of eastern Pennsylvania, this private family house is arranged around a square entry courtyard that serves as both the heart of the house and the terminus of a winding driveway through the carefully designed naturalistic landscape of the secluded estate. Along with the usual complement of living and service areas, the plan includes ample daylit wall space for the patron’s extensive collection of modern paintings, a theater for film projection and other forms of entertainment, and an extensive temperature- and humidity-controlled wine cellar. The house is clad in rough-hewn yellow and brown rock quarried near the site that–with the inclusion of a three-story observation tower–gives it a minimalist castle aesthetic.

The house plan began with the client’s want for an indoor tennis court, where one end would form the side of the central courtyard. After some consideration, the notion was abandoned and Rafael Viñoly Architects designed a tighter arrangement of spaces around the entry, connected over the driveway with an open-air bridge on the second level. The building is two stories, with a three-story tower anchoring one corner for panoramic views over the property. On the ground floor, hallways surrounding the courtyard give access to living and dining areas, an office, a six-car garage, and the library on the first level of the observation tower. Bedrooms, bathrooms, and an office are located on the second floor.

The house’s exterior is principally made of Pennsylvania fieldstone, a popular building material commonly used in older houses and farm structures of the area. The stone volumes of the house are articulated as an assembly of distinct masses arranged around the courtyard. With its observation tower and the use of this natural stone, the house has a castle-like character and appearance from the outside. In contrast, the walls facing the cobblestone-paved courtyard are rendered in warm ochre, textured stucco.

Rafael Viñoly Architects developed the final house design in coordination with the client’s interior designers and landscape architect to create a cohesive building design that makes a dynamic exterior impact as it is approached from the winding drive. 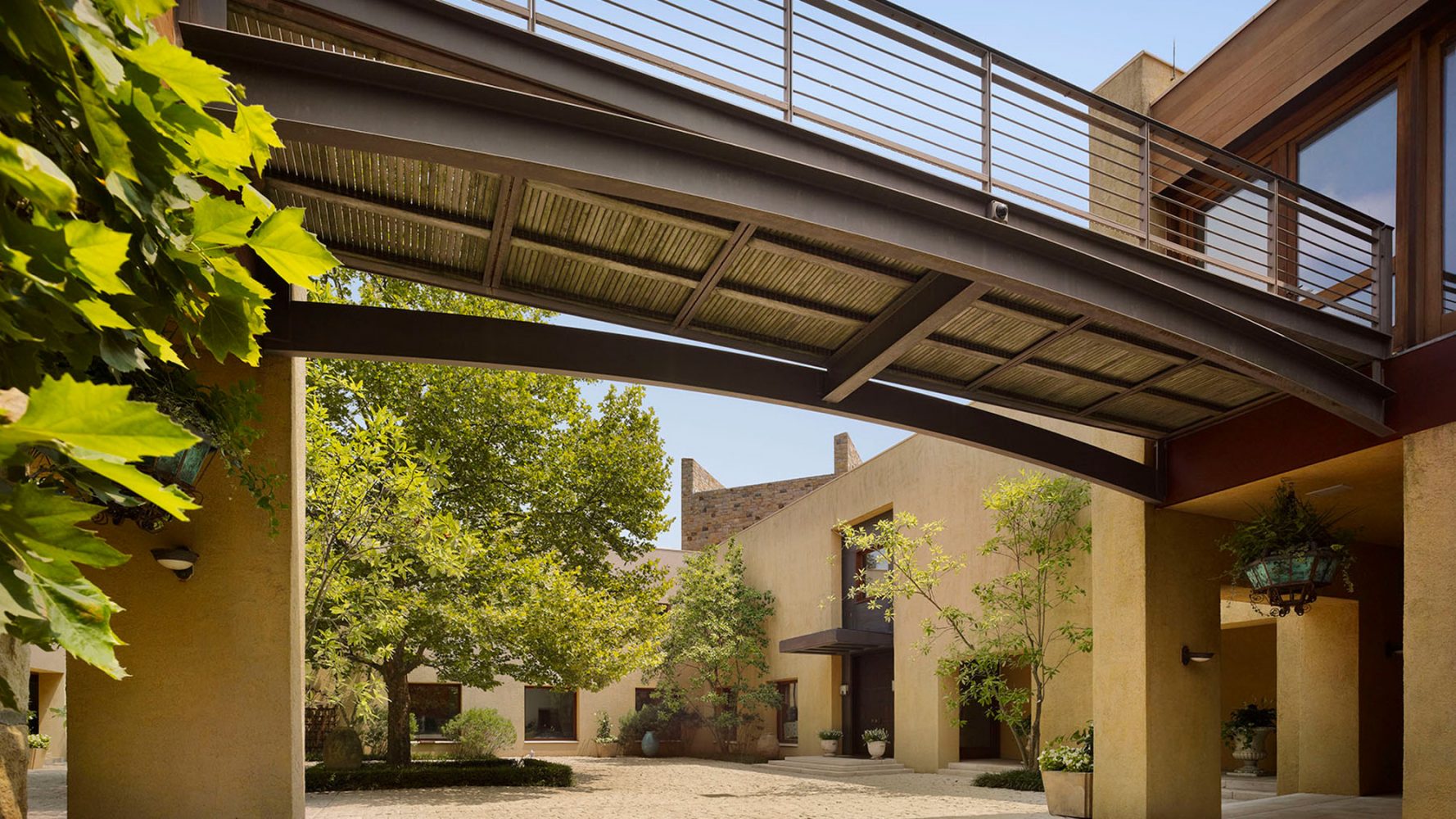 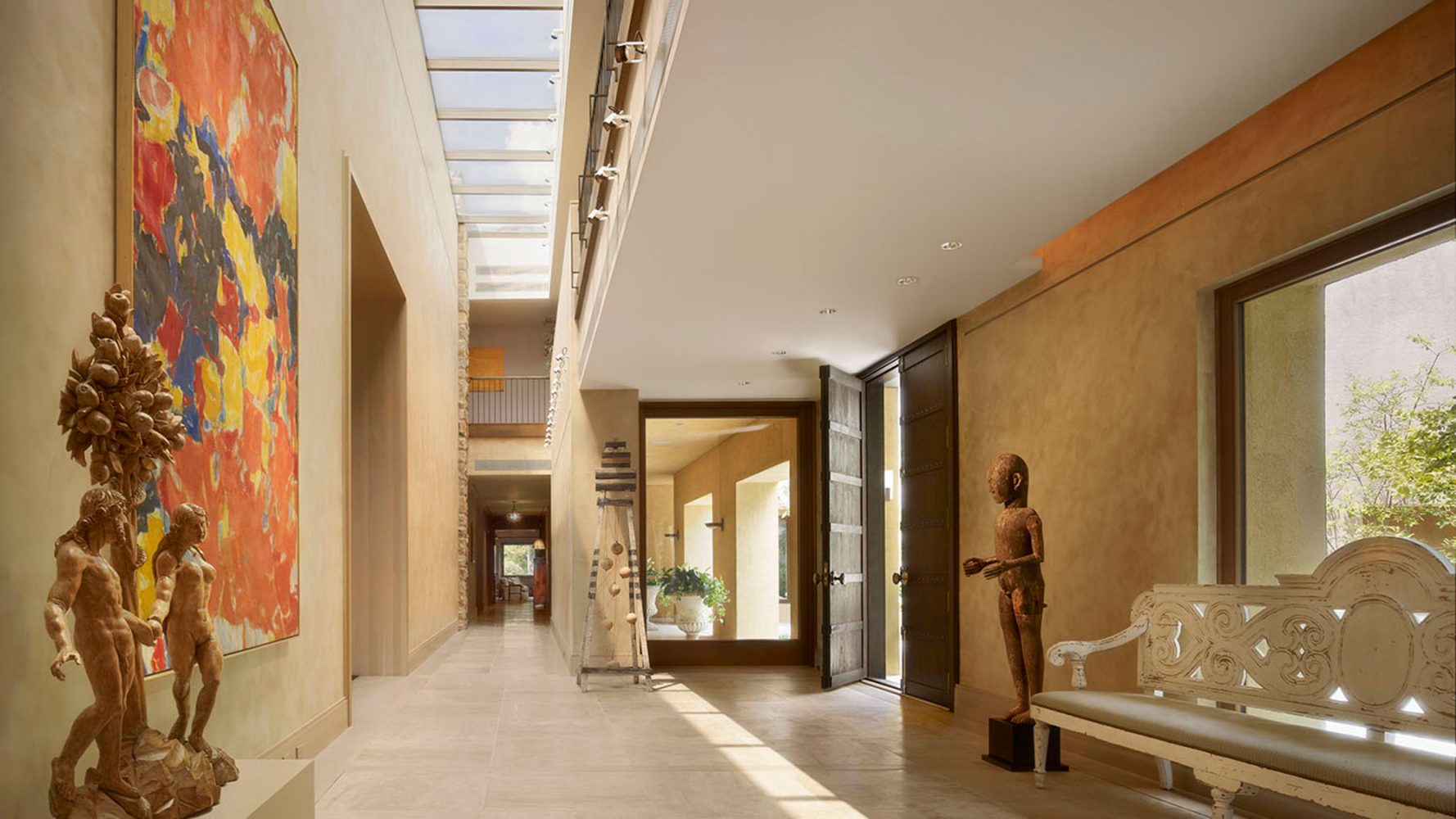 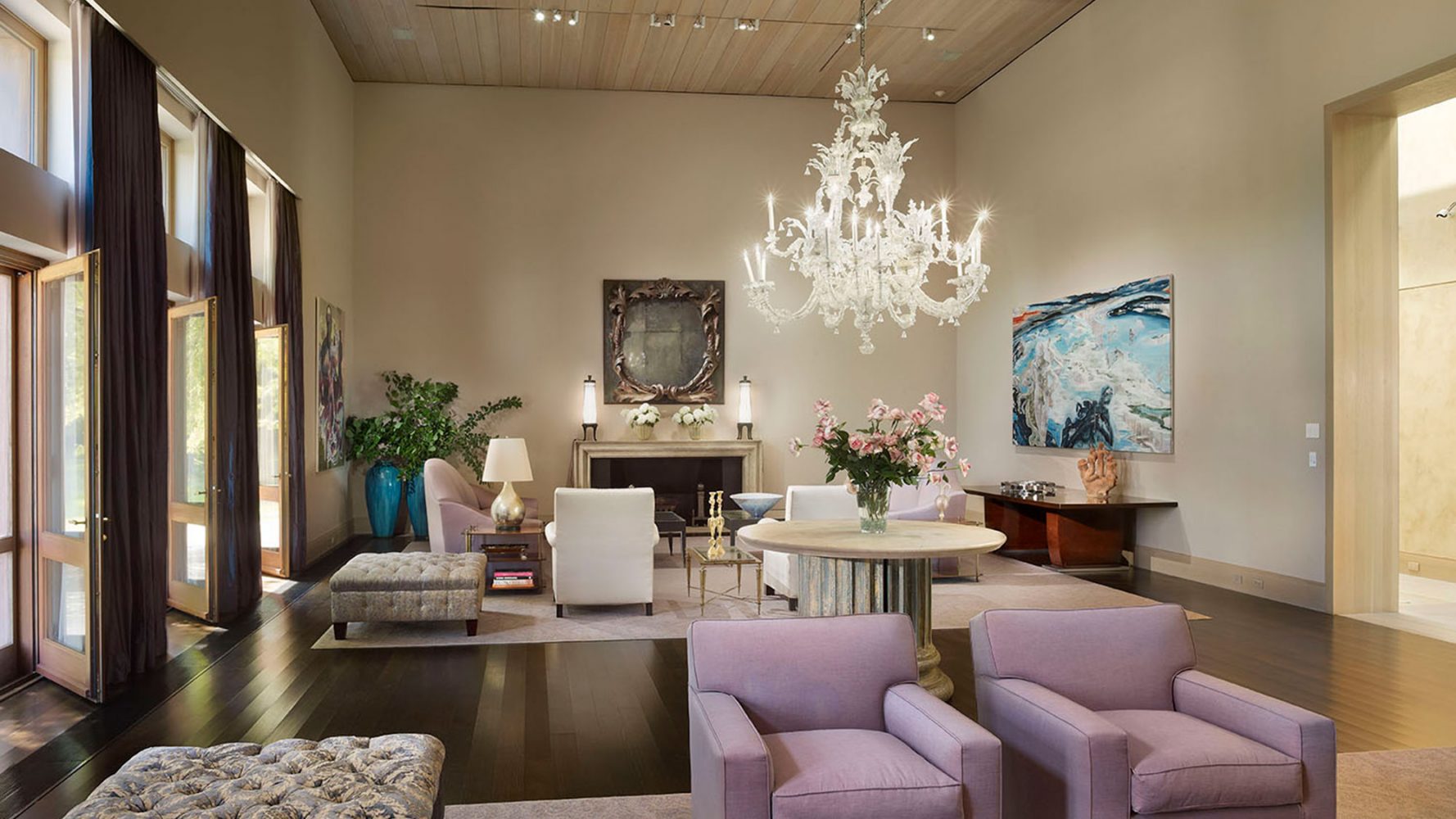 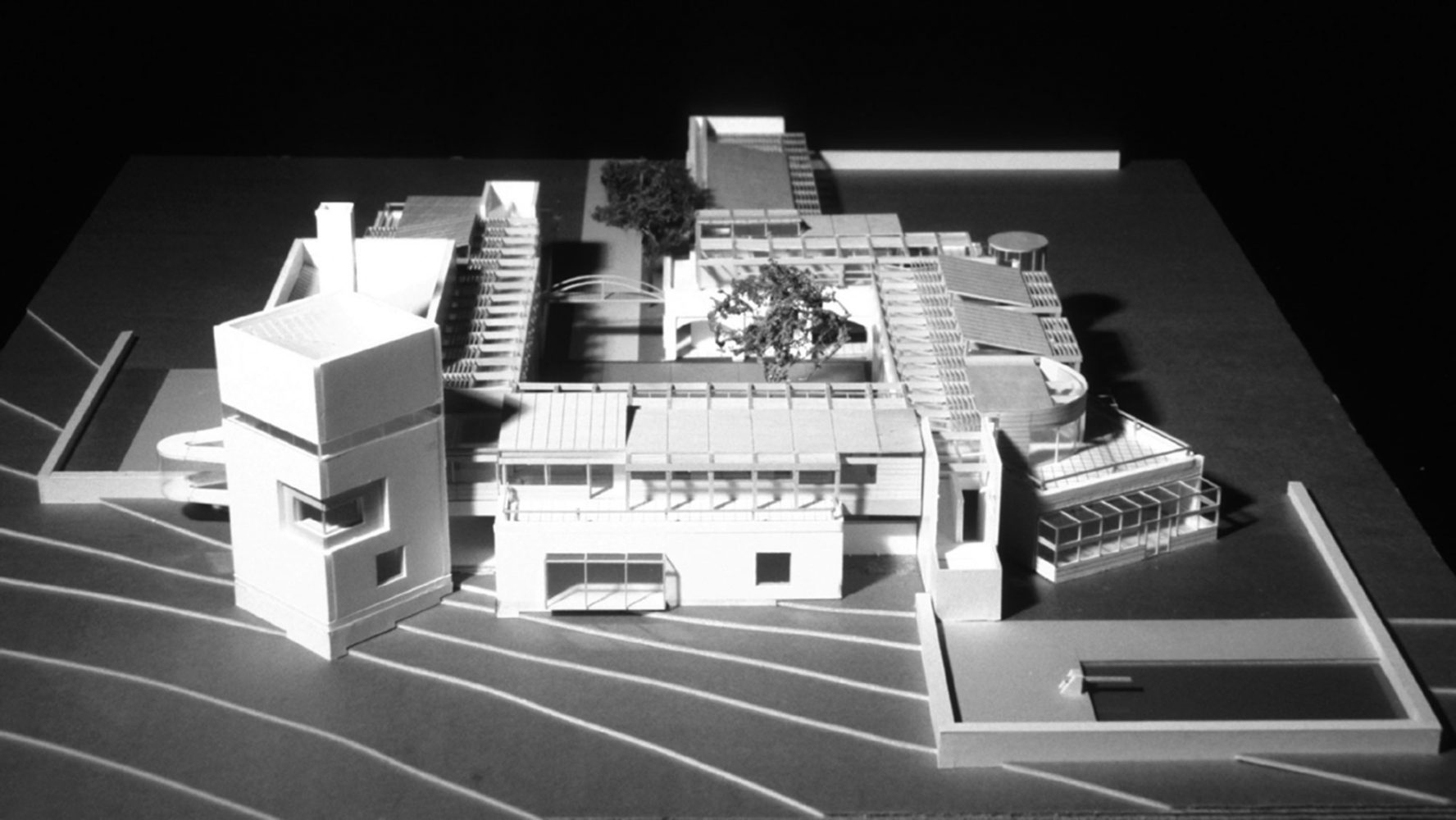 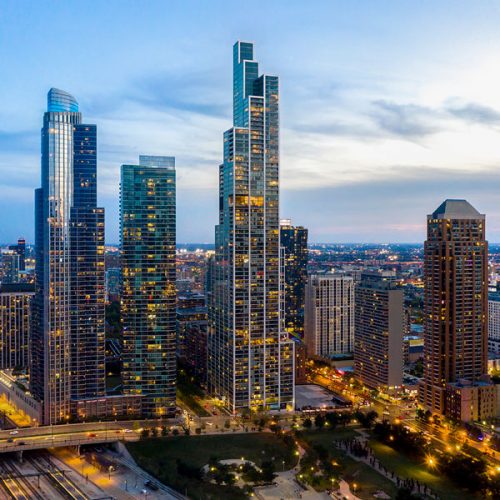 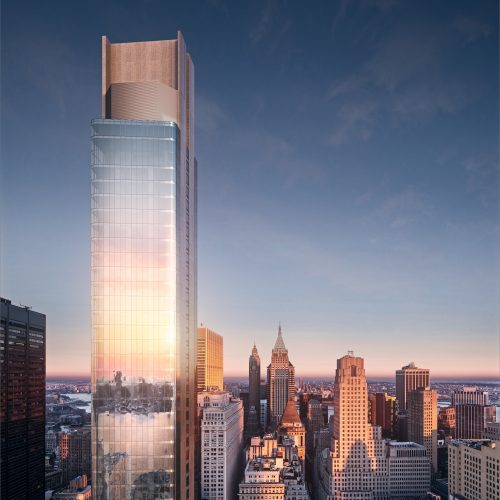 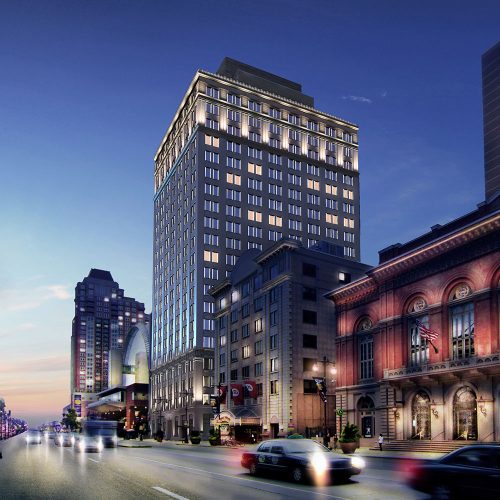 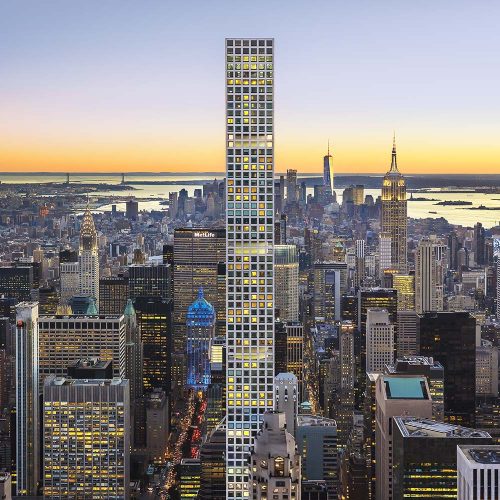 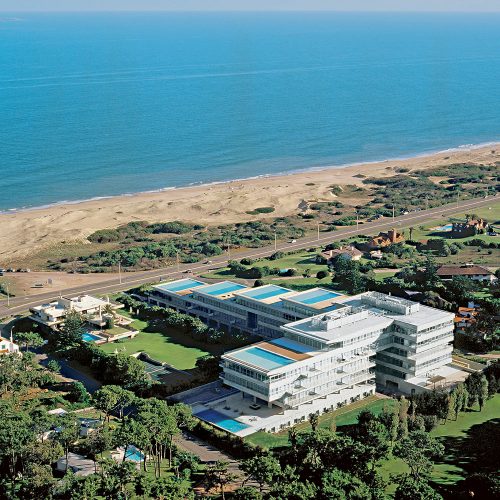 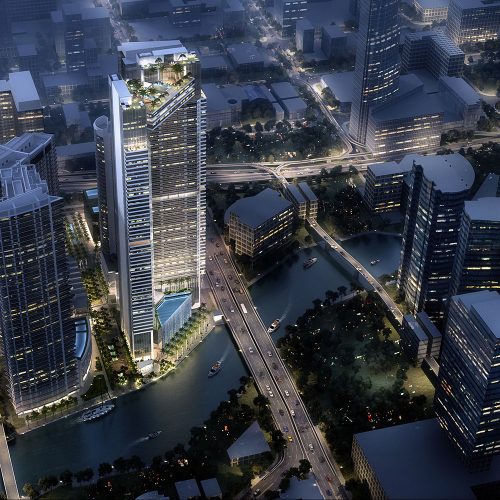 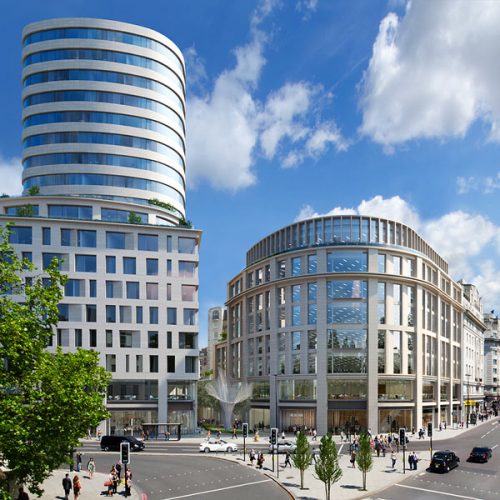 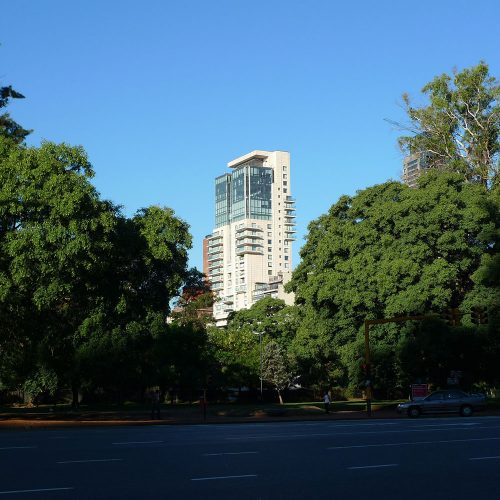