Rafael Viñoly Architects master plan for the Caoheijing Songjiang Industrial Park Southern Complex features a “Bar Concept” that concentrates five million square feet of density alongside a 1,500 meter long central avenue which runs parallel to highway G60 in Shanghai, China. The bar consists of twelve square office buildings on the east side and a series of linear office buildings on the west side. It consists of a three level podium that contains retail and amenity functions in order to create an active public destination.

The site consists of 220,700 square meters of land on which Rafael Viñoly Architects planned a large surface of water to the east where there is a 150 meter building setback, and a large extent of landscape toward the west of the site. The transition from land to water is similar to how land meets the water in a natural setting without creating a hard edge seen in some waterfront developments.

The landscape features several Recreational and Educational programs that provide various activities to take place and activate the open area of the development. The landscape also helps to filter waste from the development before dumping into the water creating a development that is overall much more sustainable than free standing building projects. 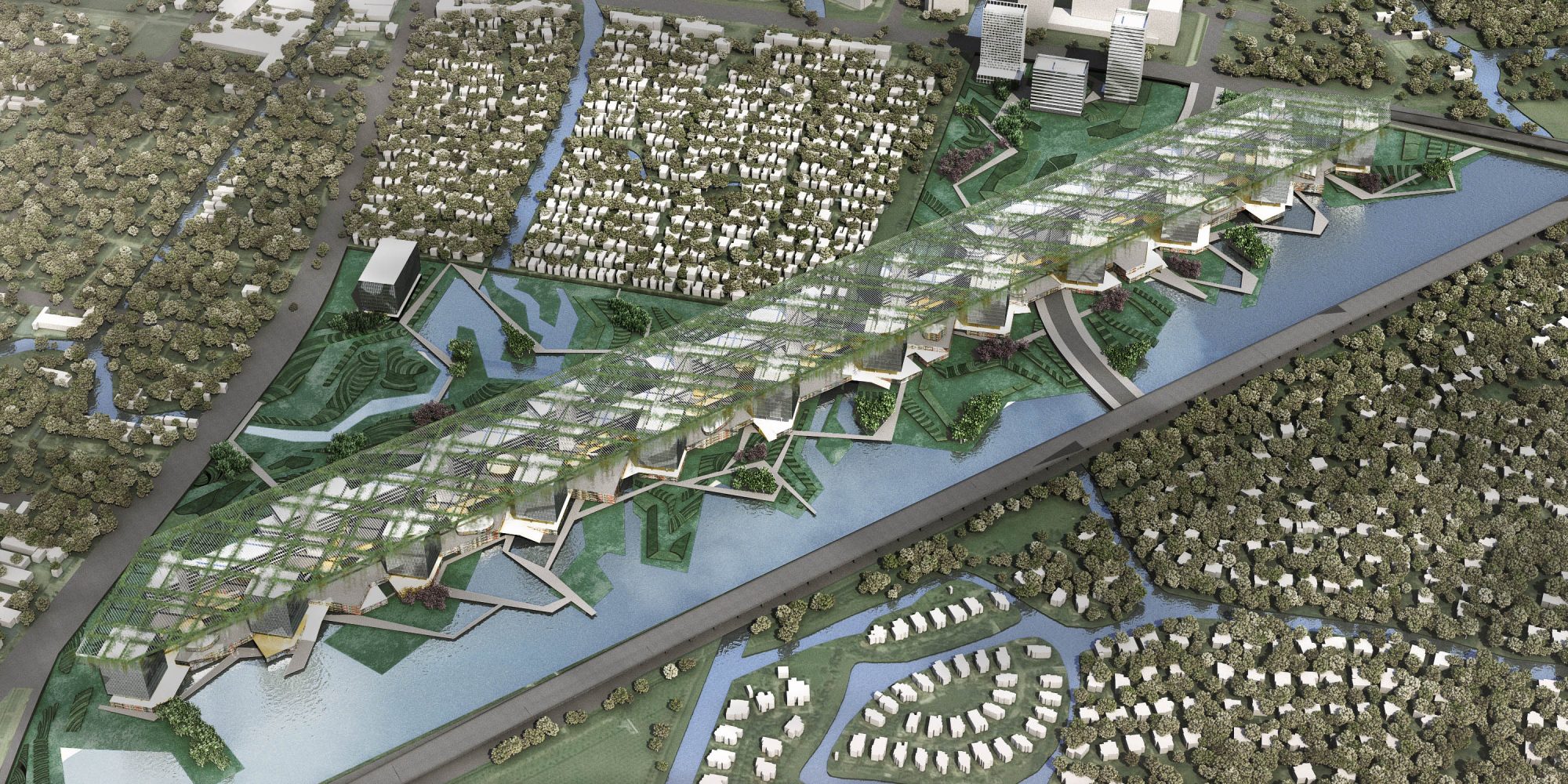 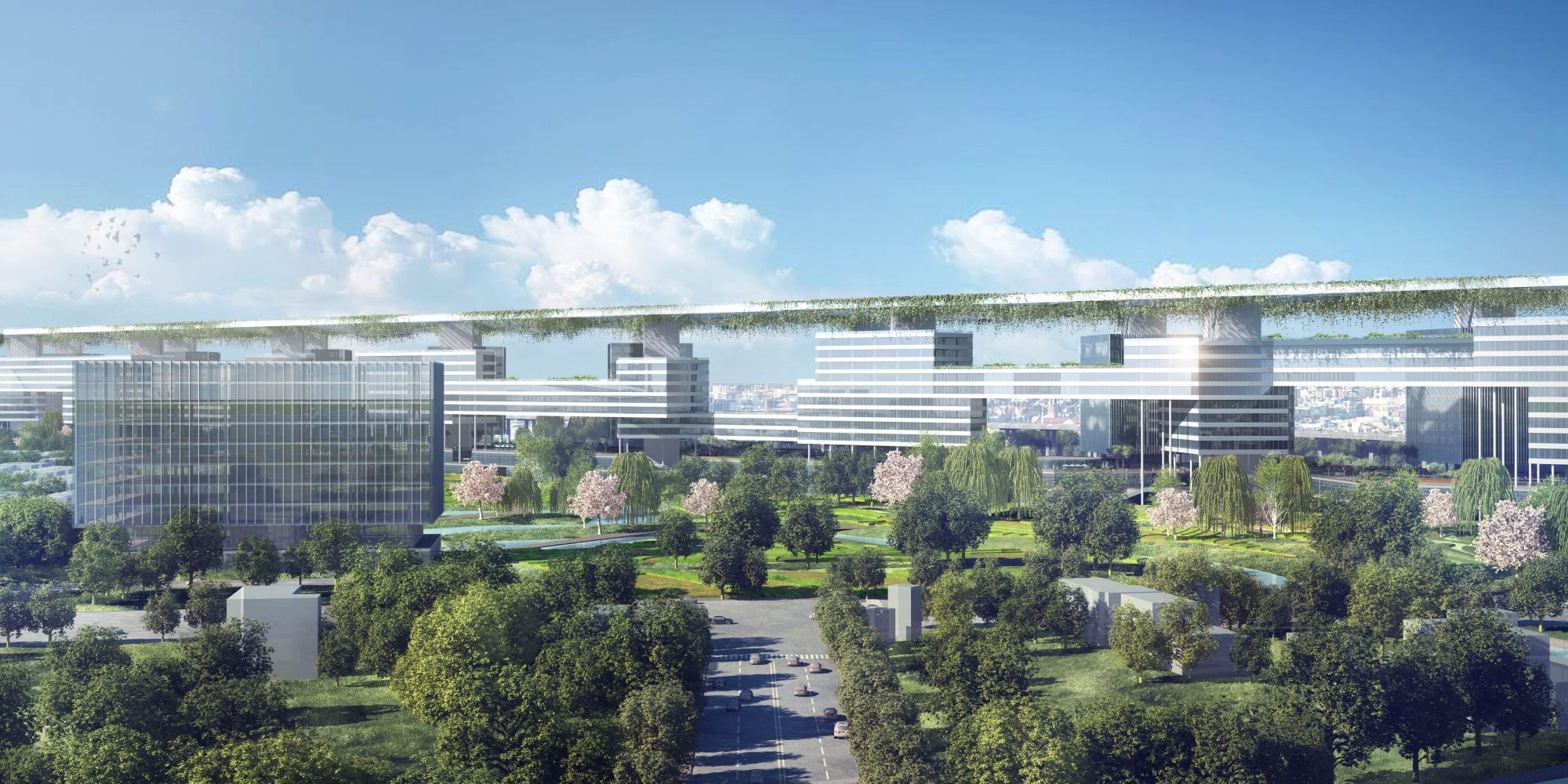 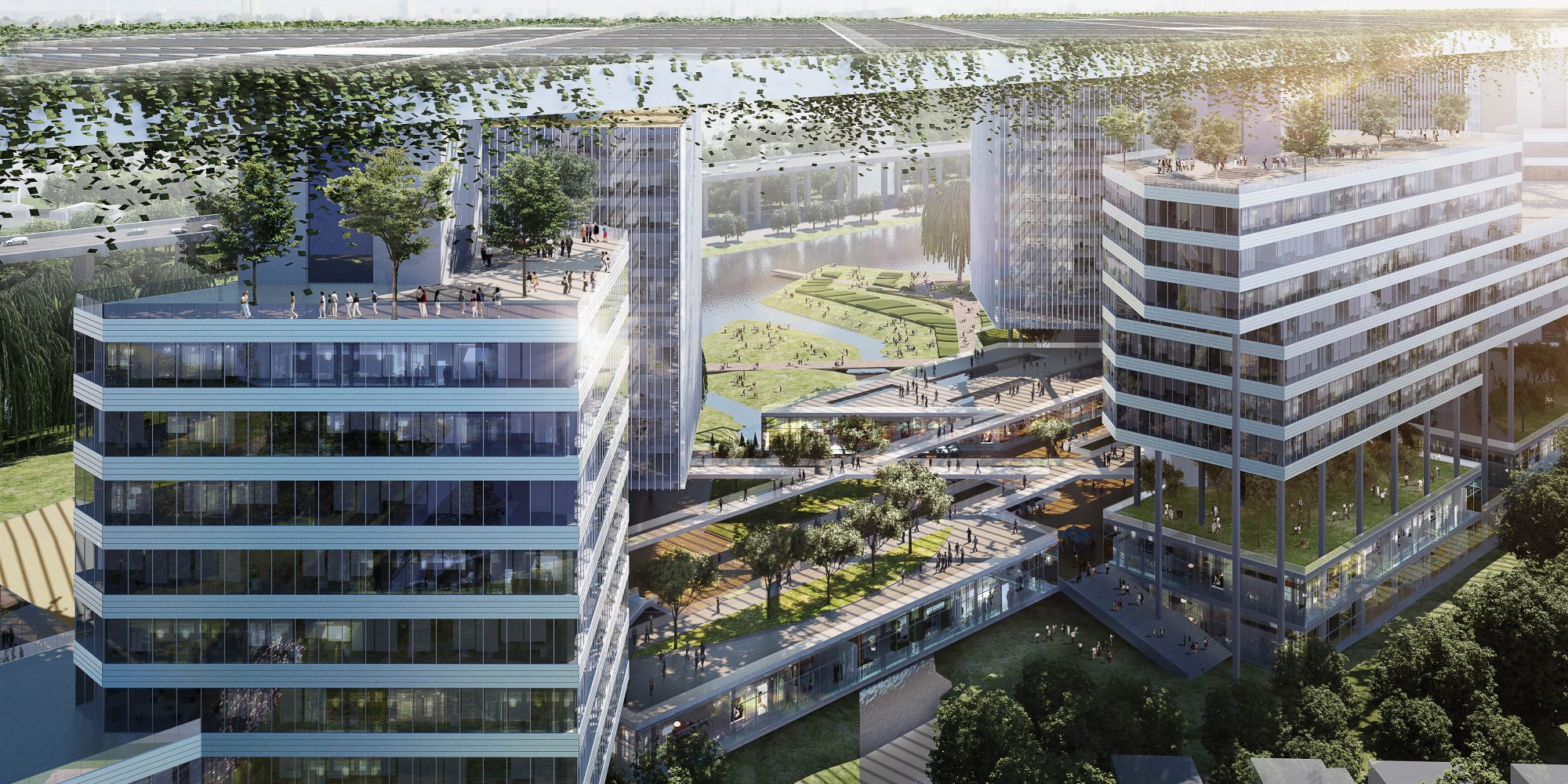 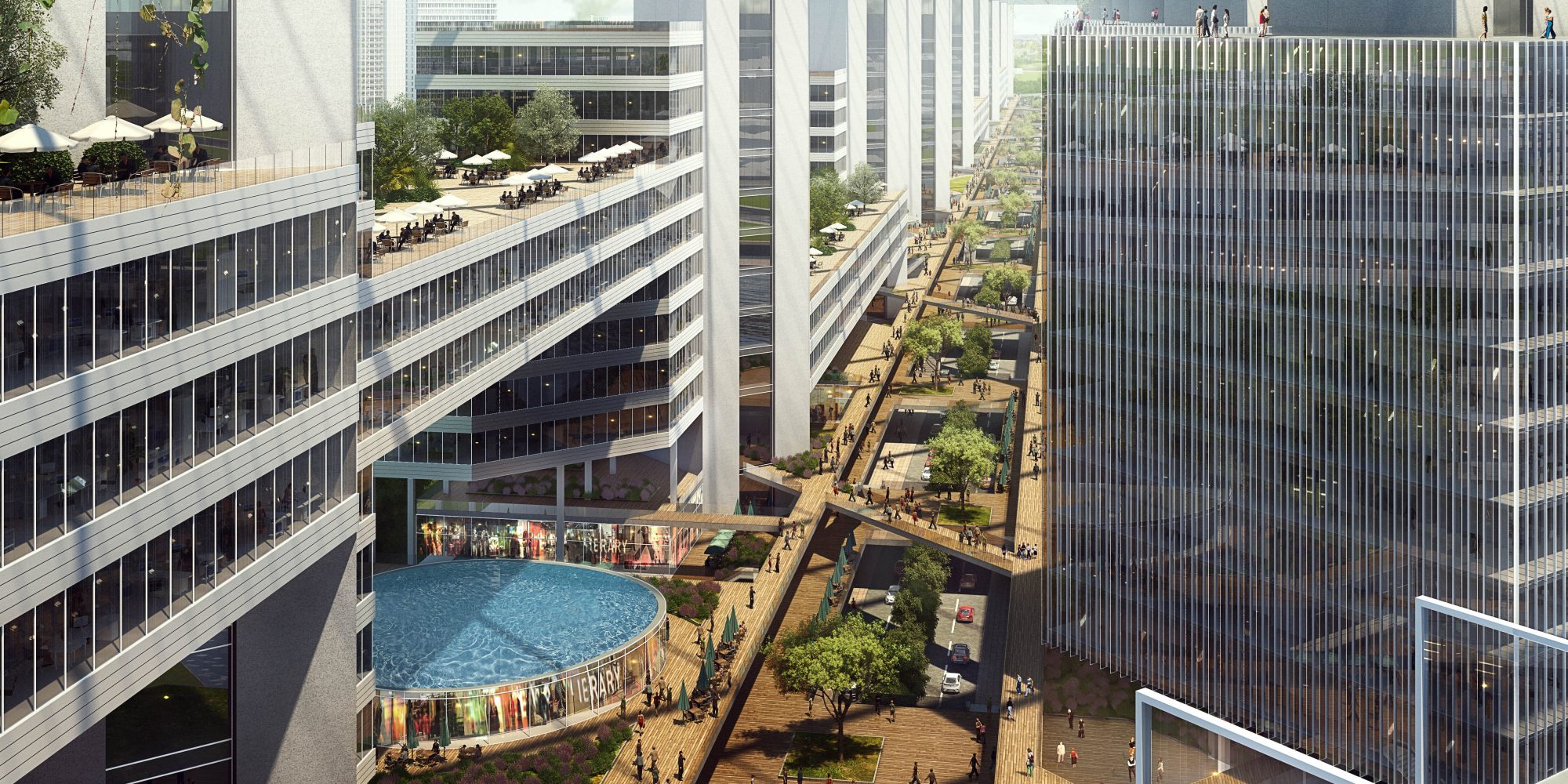 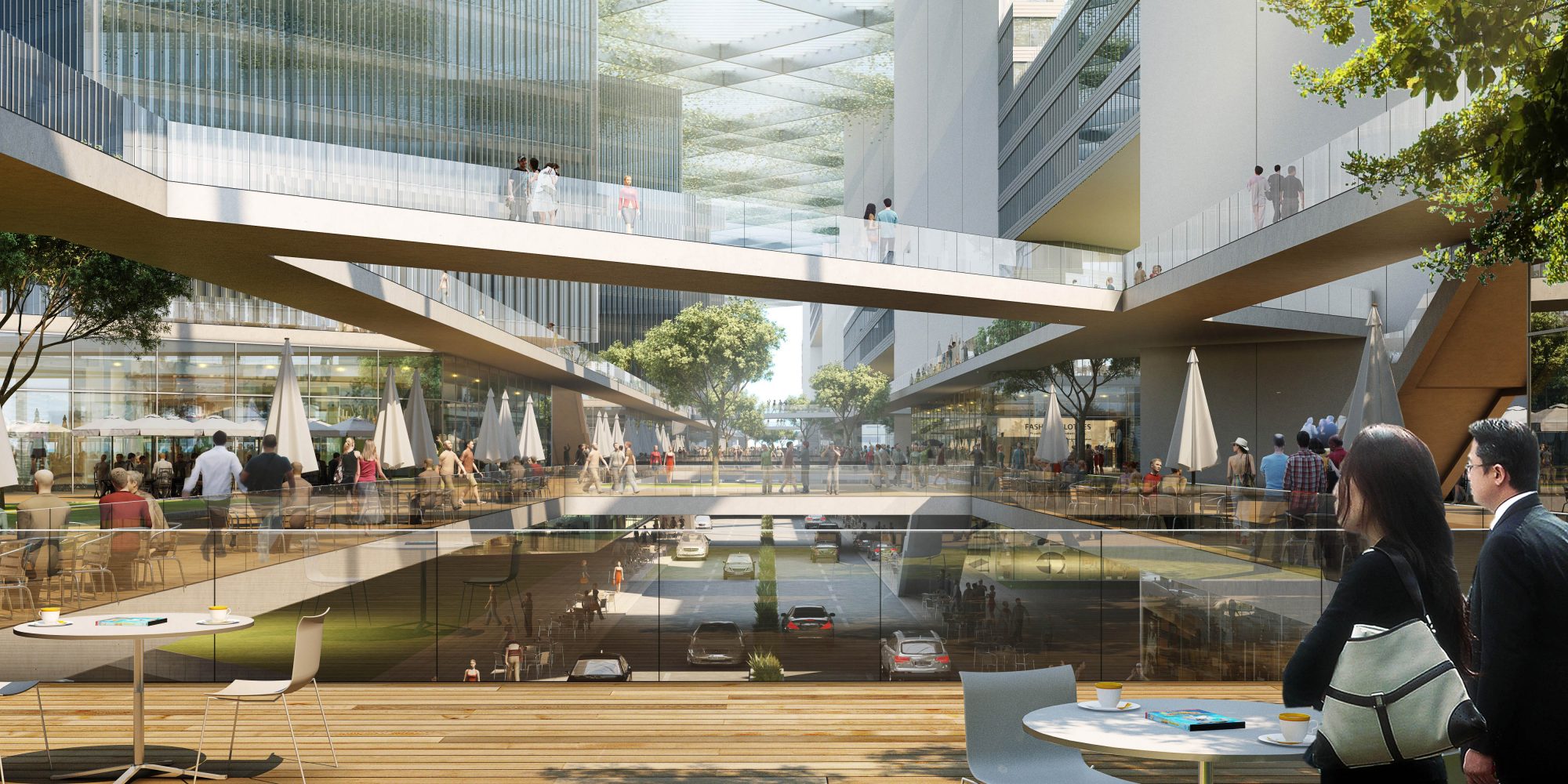 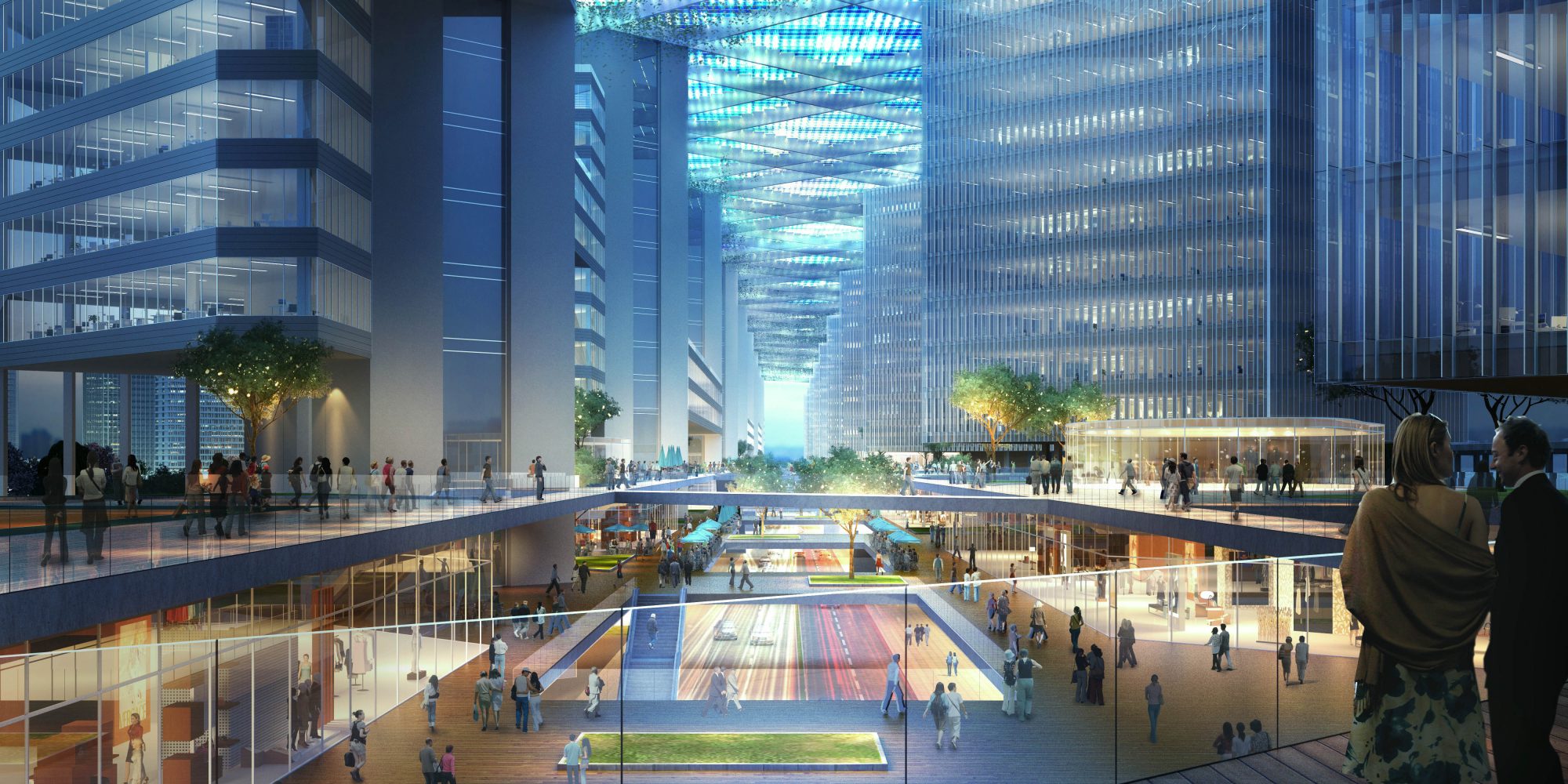