Rising to 55 stories, the tallest residential building on Fifth Avenue in New York City was designed to maximize exposures on all residential floors, providing views and daylight on all sides. The centralized building core and perimeter columns ensure that each residential floor is column-free, allowing flexibility of layout on each floor.

The 277 Fifth Avenue condominium building is located in NoMad (short for North of Madison Square Park), a vibrant Manhattan neighborhood that surrounds Madison Square Park and is situated at the crossroads of the East and West Sides, as well as Uptown and Downtown. At about 205 metres tall, the tower rises to 55 stories, with retail space allocated to the first two levels, followed by various amenities on the next two floors, including entertainment and gaming lounges, private dining room, fitness center, and a landscaped terrace along Fifth Avenue. The rest of the upper floors house 130 condominiums ranging from one to four bedrooms.

277 Fifth Avenue’s architectural design exemplifies a modern, minimalist aesthetic, defined by a building layout with high ceilings and floor-to-ceiling windows that attract abundant natural light and reveal the beauty of the New York cityscape. Each residence was designed as a corner unit with at least two exposures, and many residences have three or four exposures. Columns support the building only at its perimeter to keep the interiors free from structural elements that might interrupt the layout of the rooms.

One of the most distinguishing building features is a series of double-height, open-air loggias, which are seemingly carved out of the tower. Designed at the building’s corners, the loggias provide an outdoor space for residents to relax and enjoy the stunning city views. They are dramatically scaled and discernable on the skyline, and Rafael Viñoly describes them as “an interesting typology of open space and terracing that has not been seriously explored before.” Other defining characteristics of the building are glass and transparency.

The tower’s modern architecture pays homage to nearby New York City signature towers, such as the Empire State Building, and other high rises from the late 1930s and early 1940s, respecting their verticality without imitating their interiors. Many natural stone and wood materials were incorporated into the interior design, such as marble, travertine, walnut, and oak, for the kitchen cabinets, countertops, and flooring.

Victor Group and Lendlease, the two real estate developers of the project, purchased air rights from six surrounding sites in order to achieve a site with appropriate width for residences. 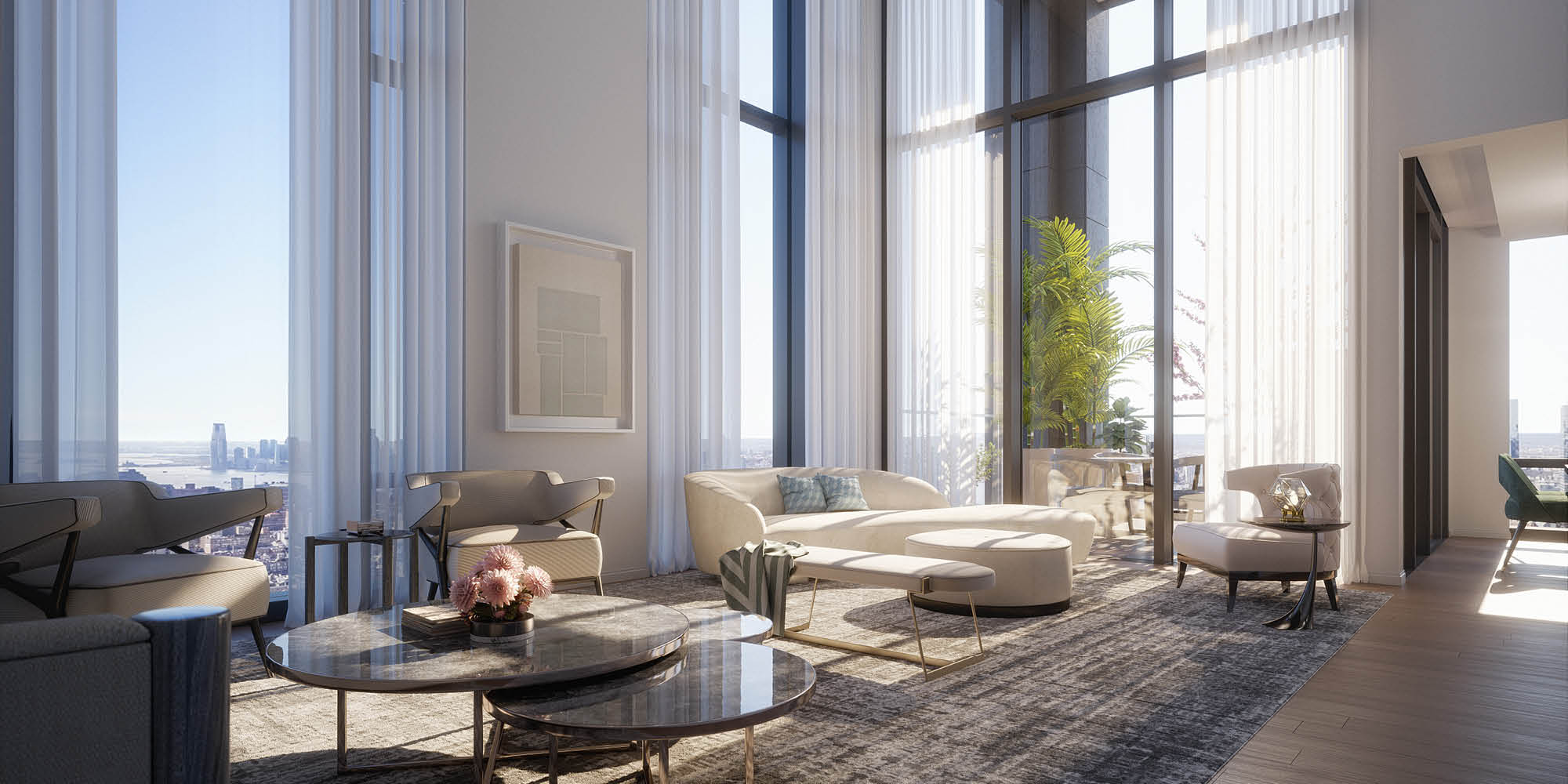 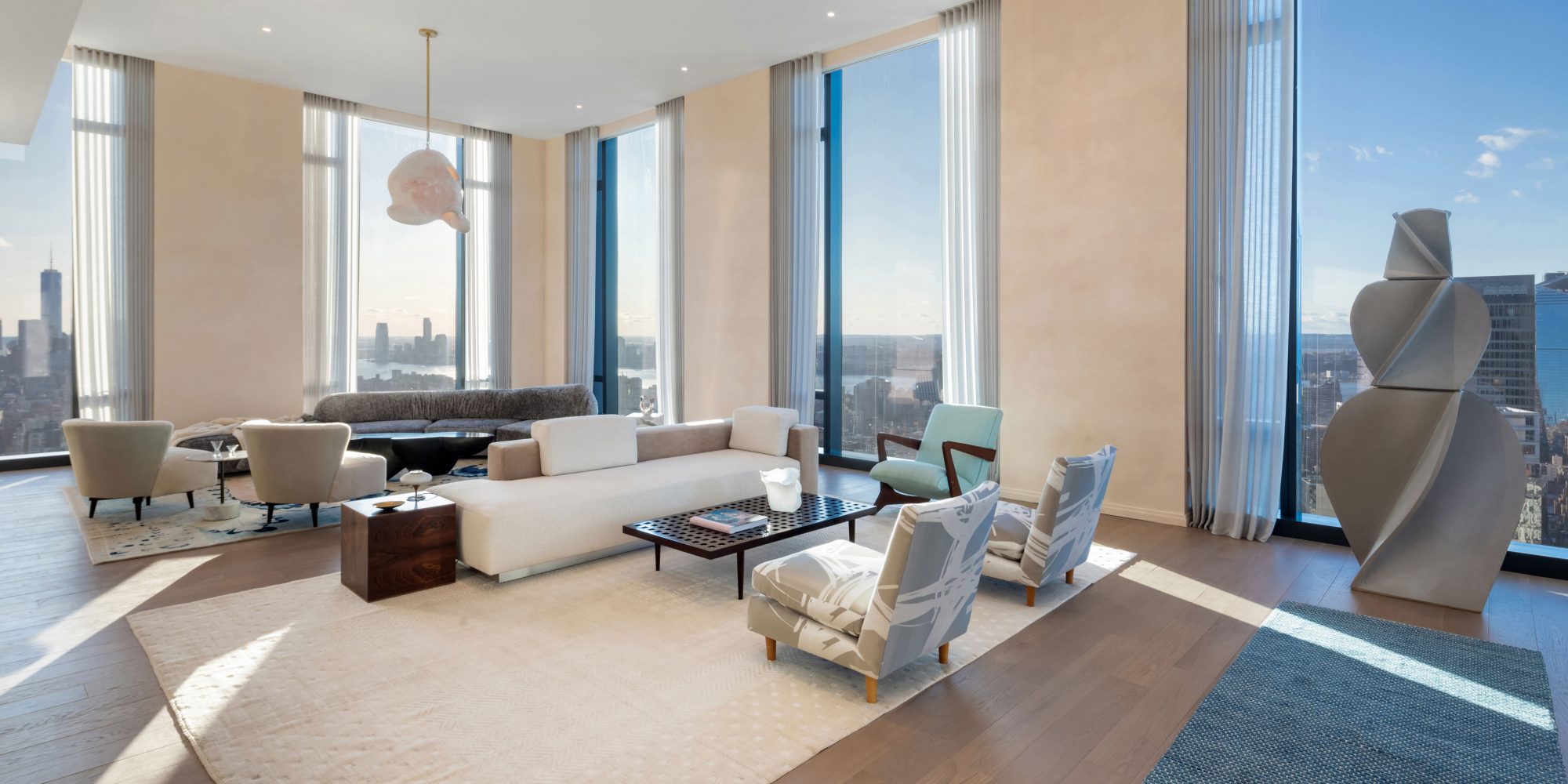 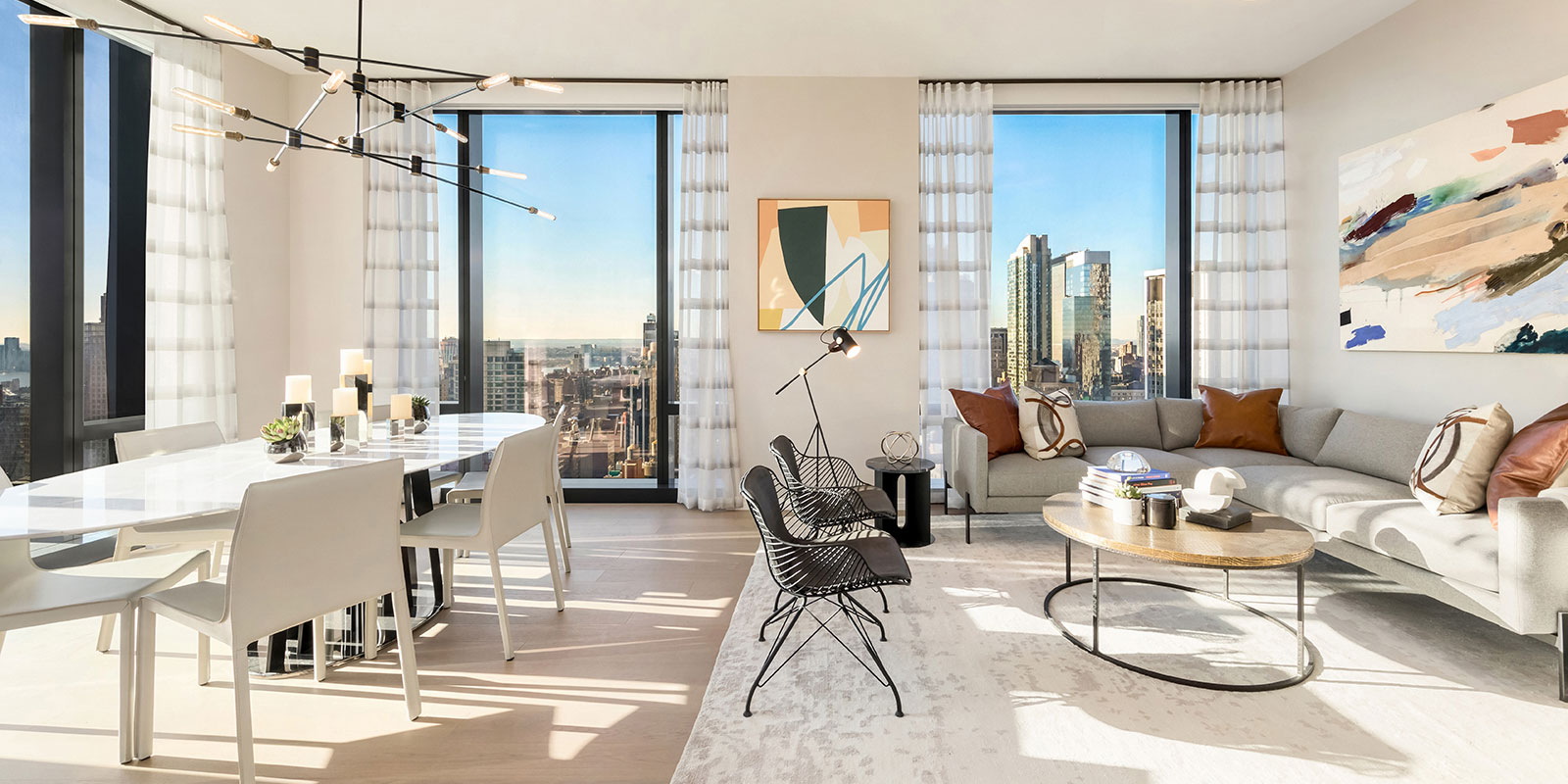 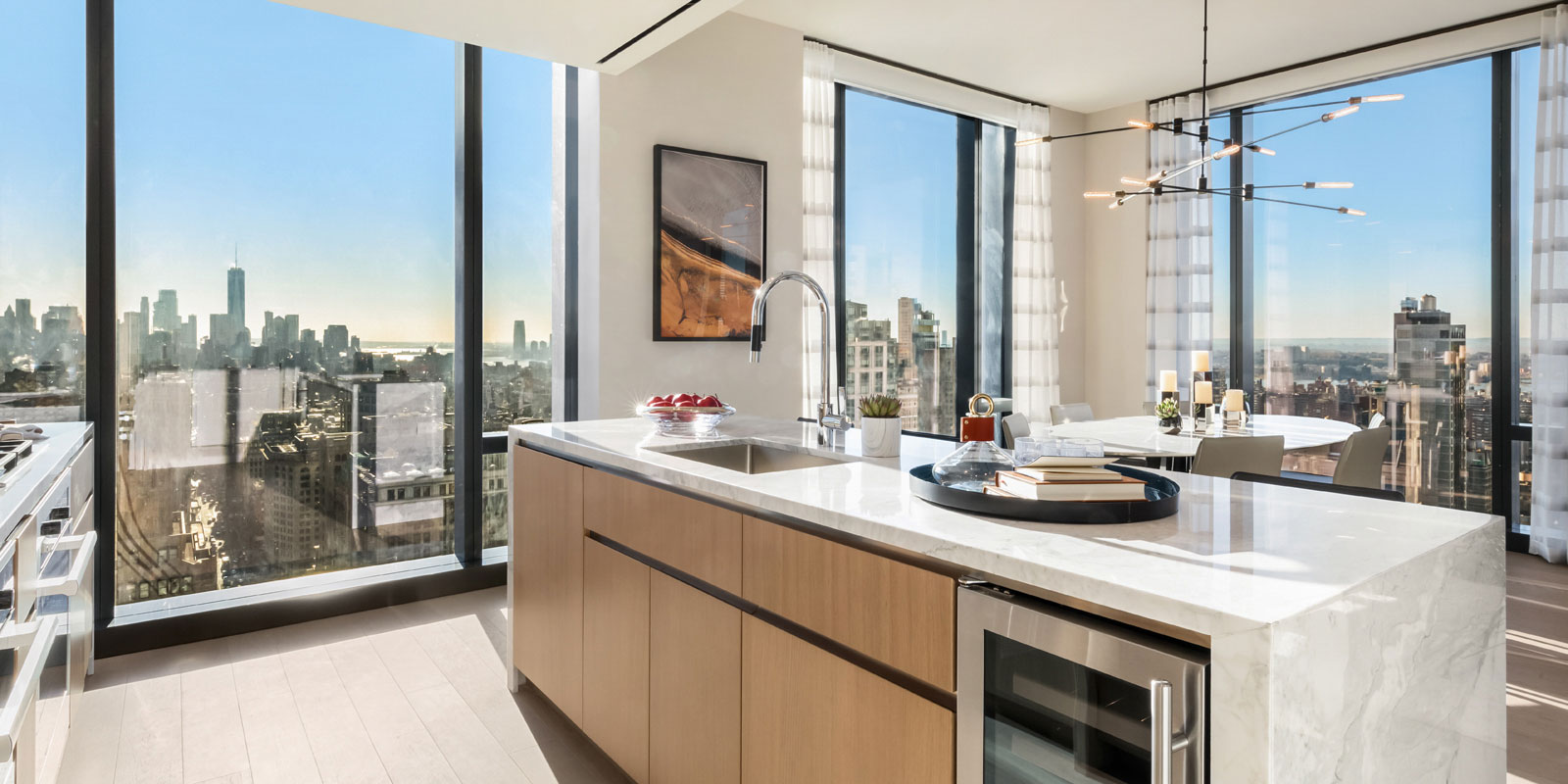 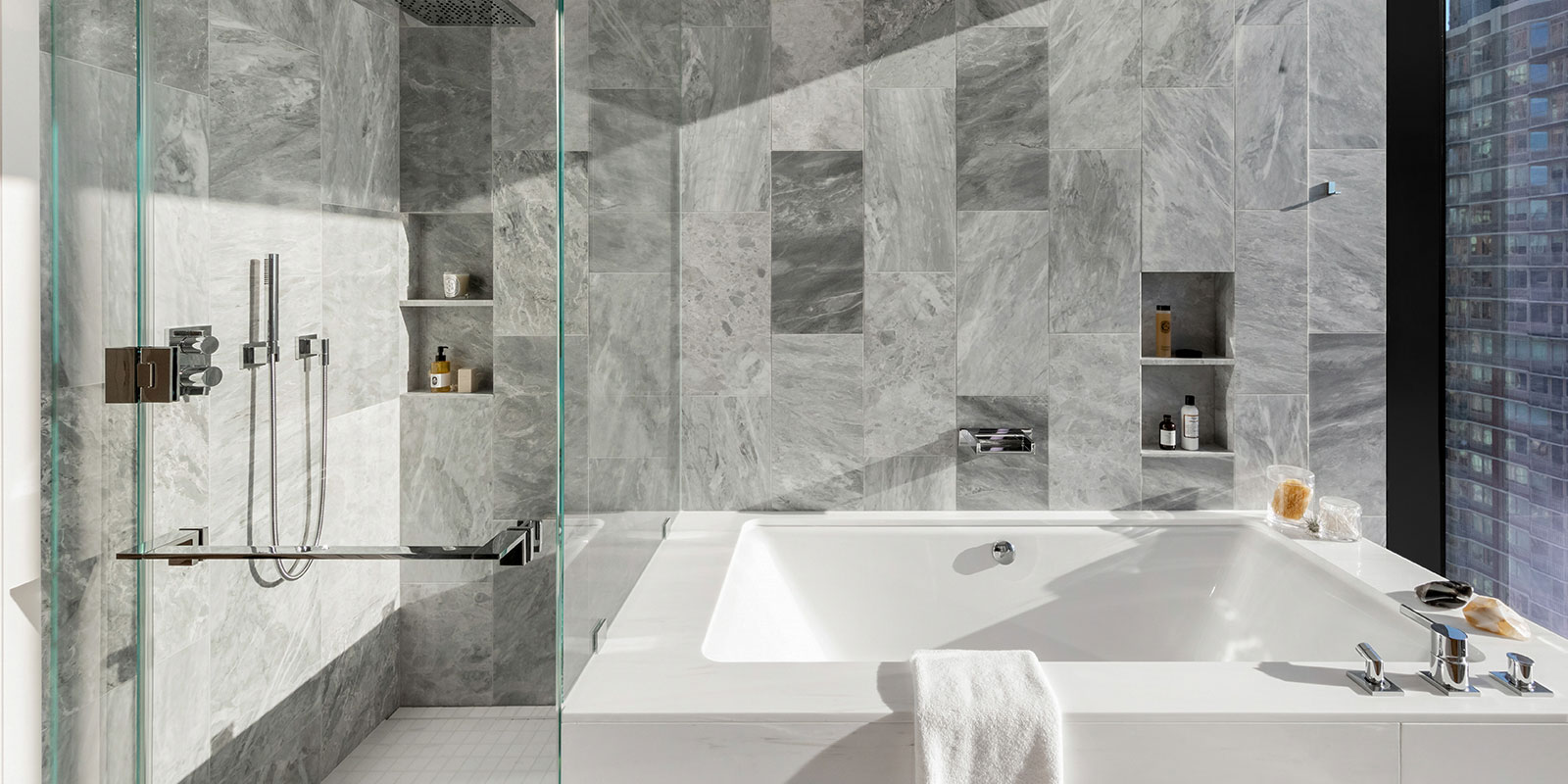 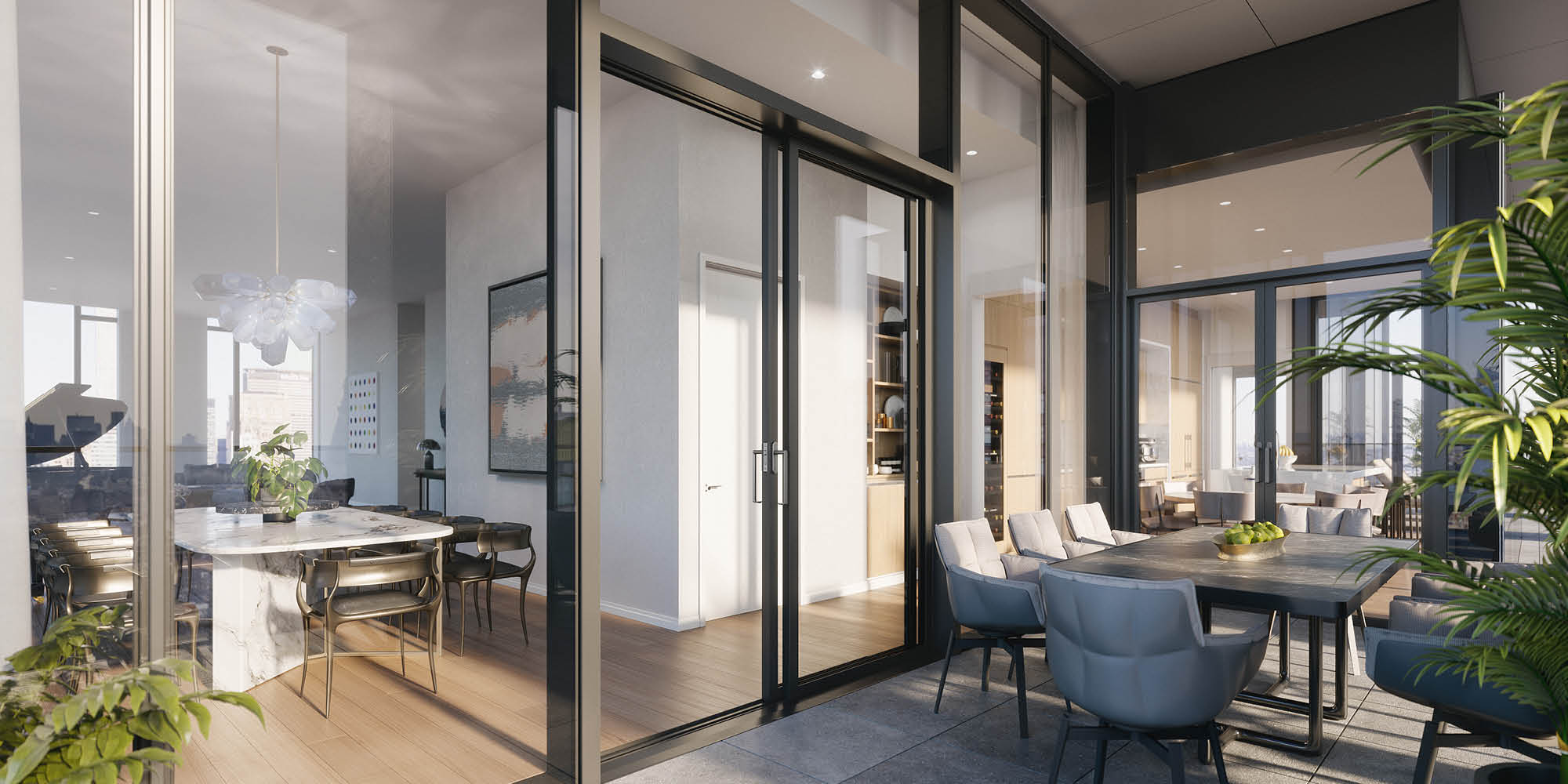 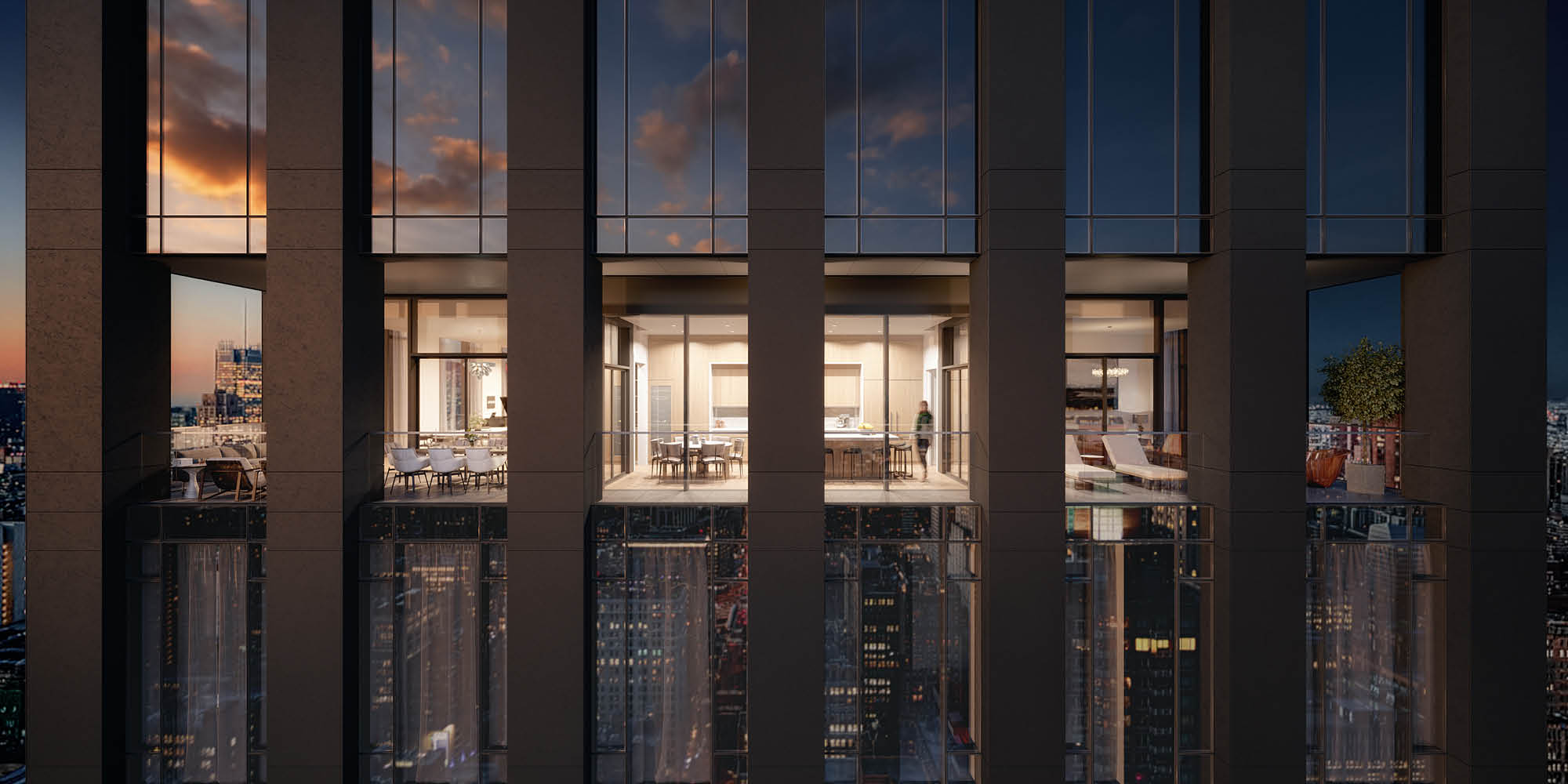 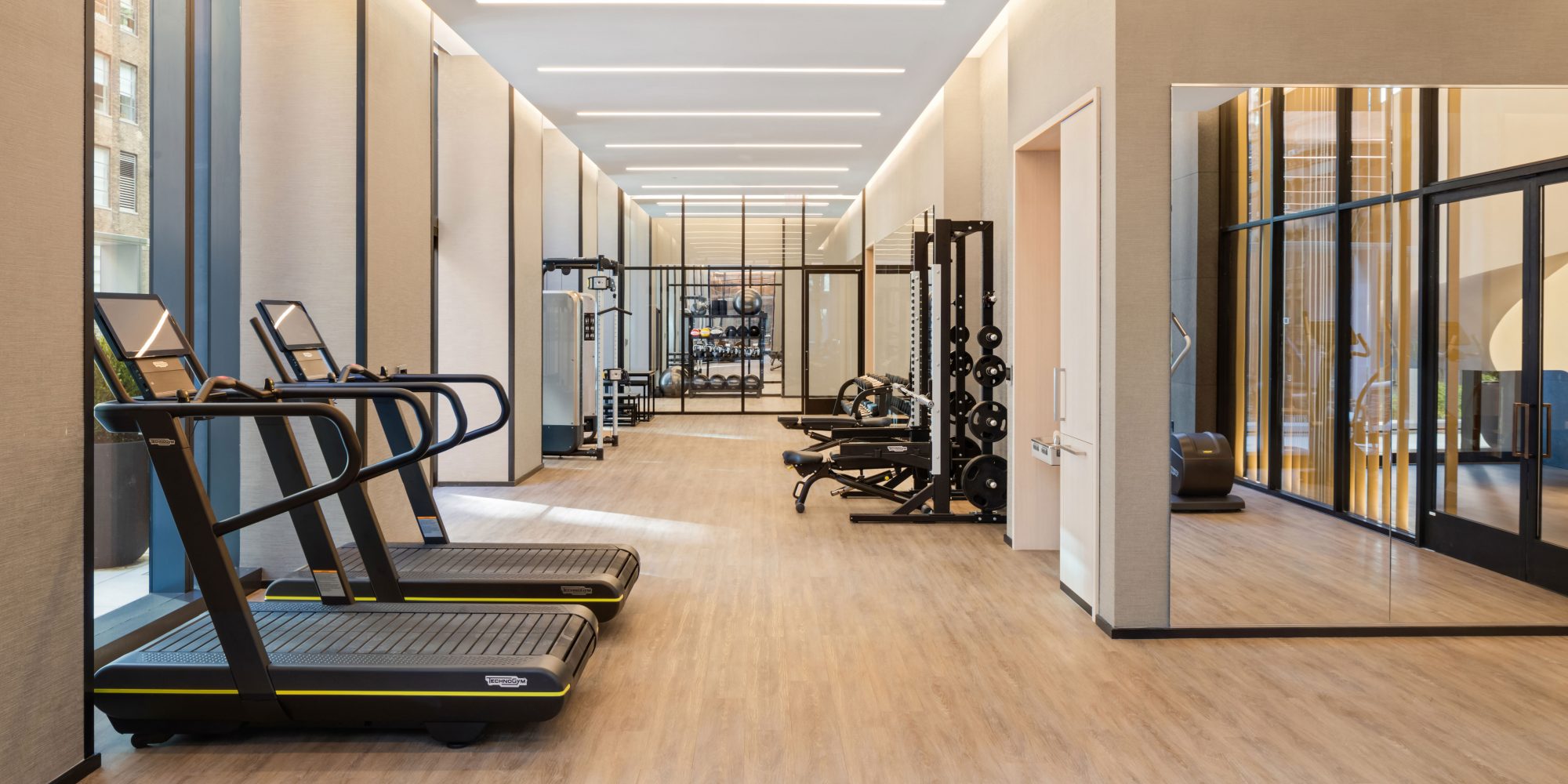 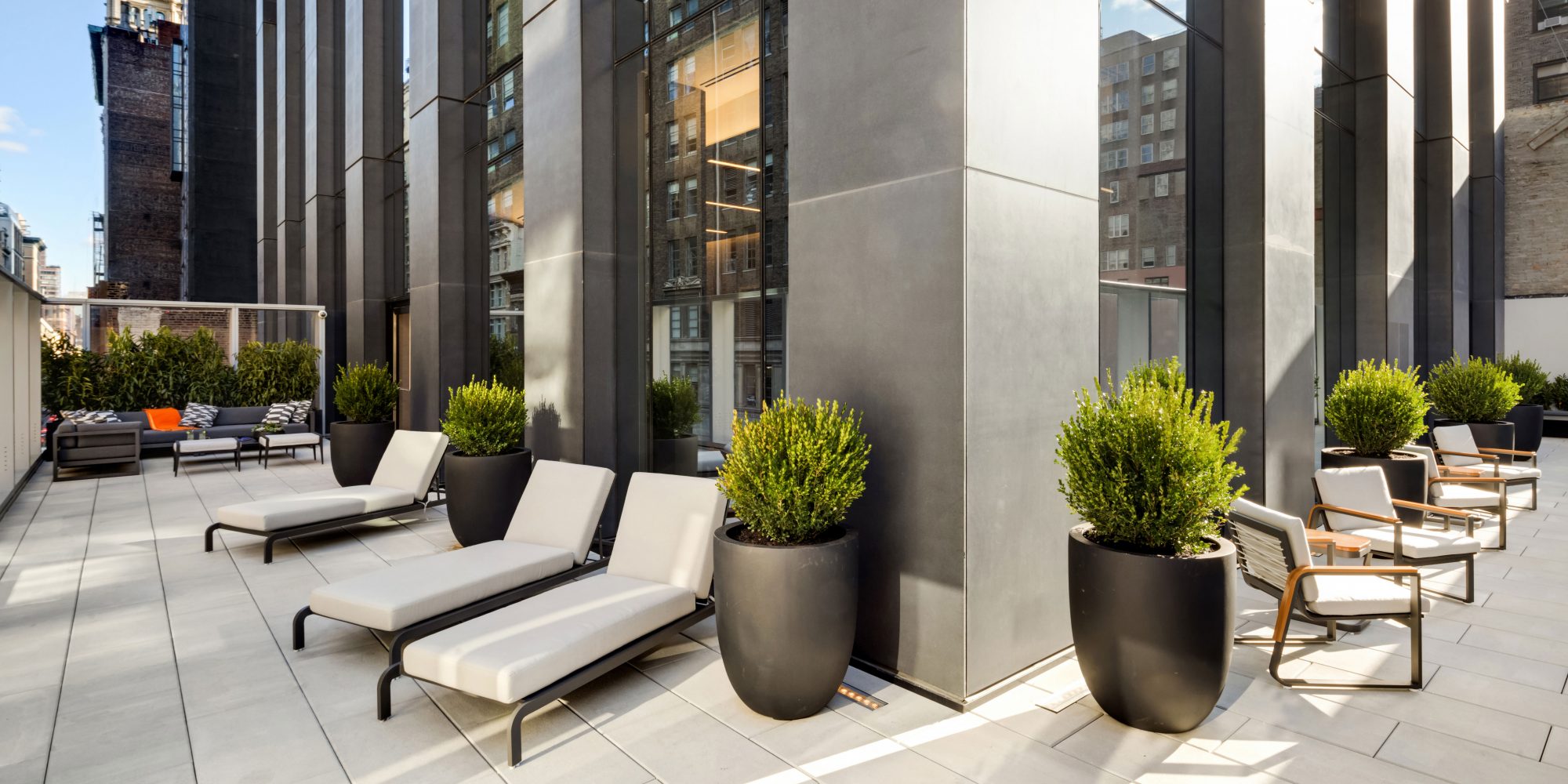 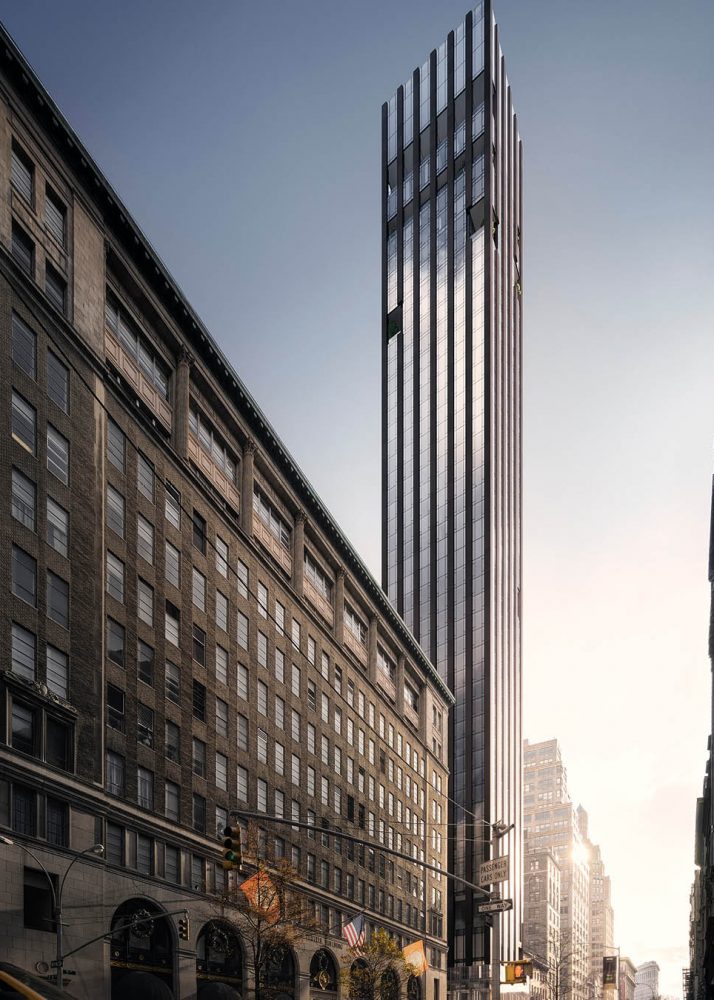 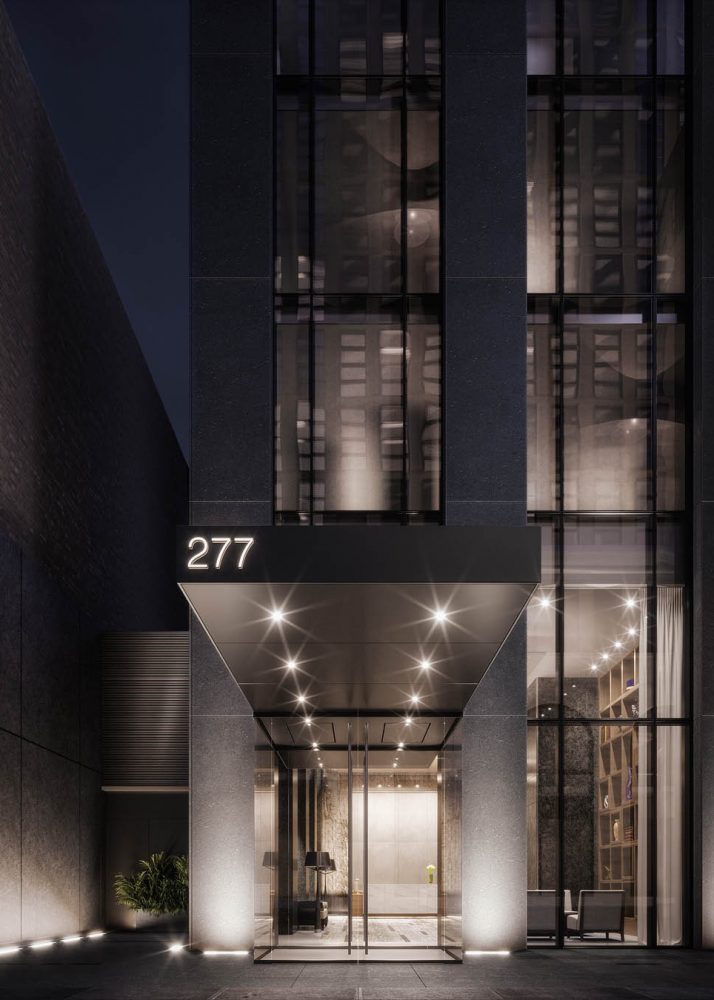 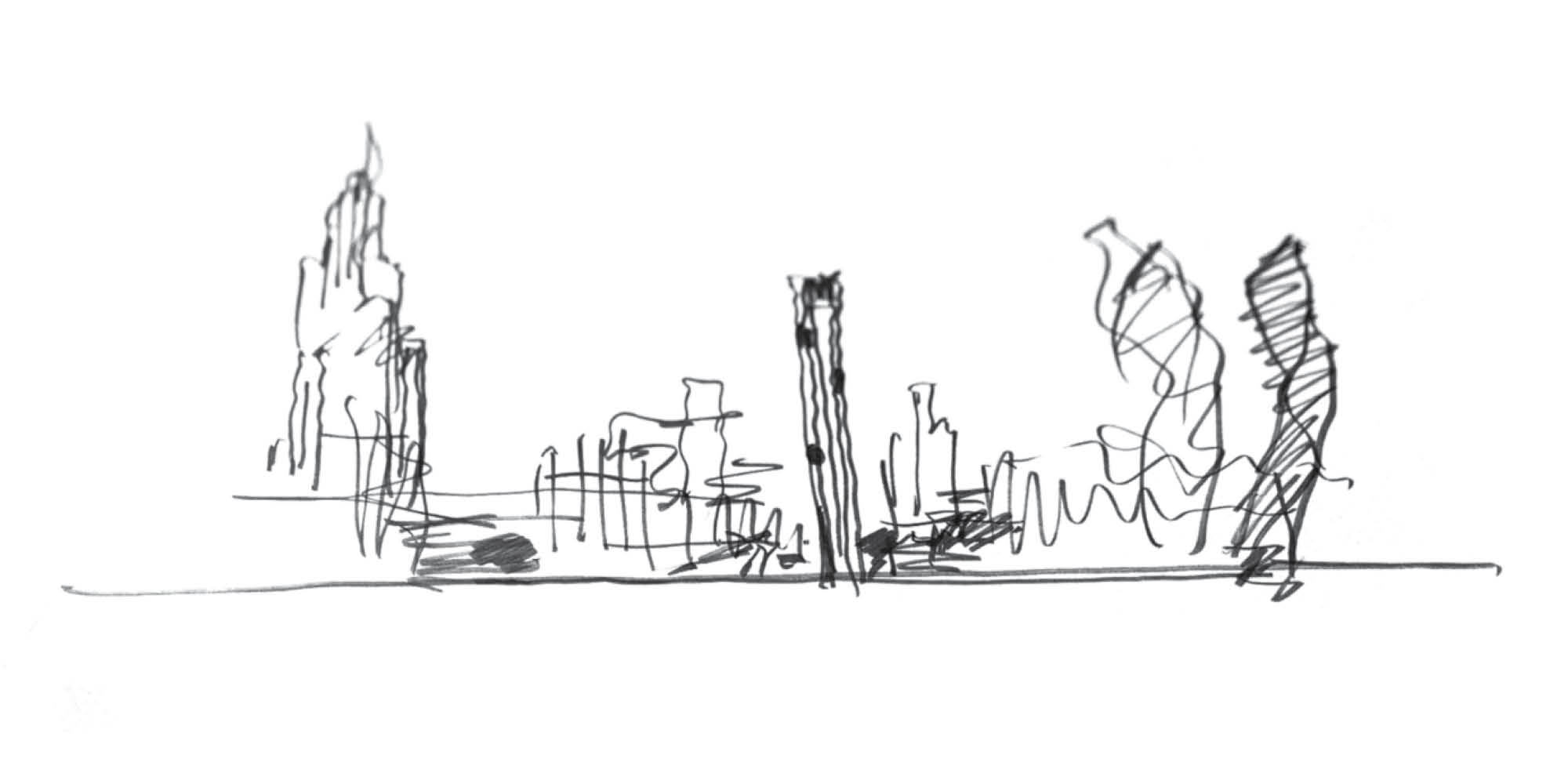 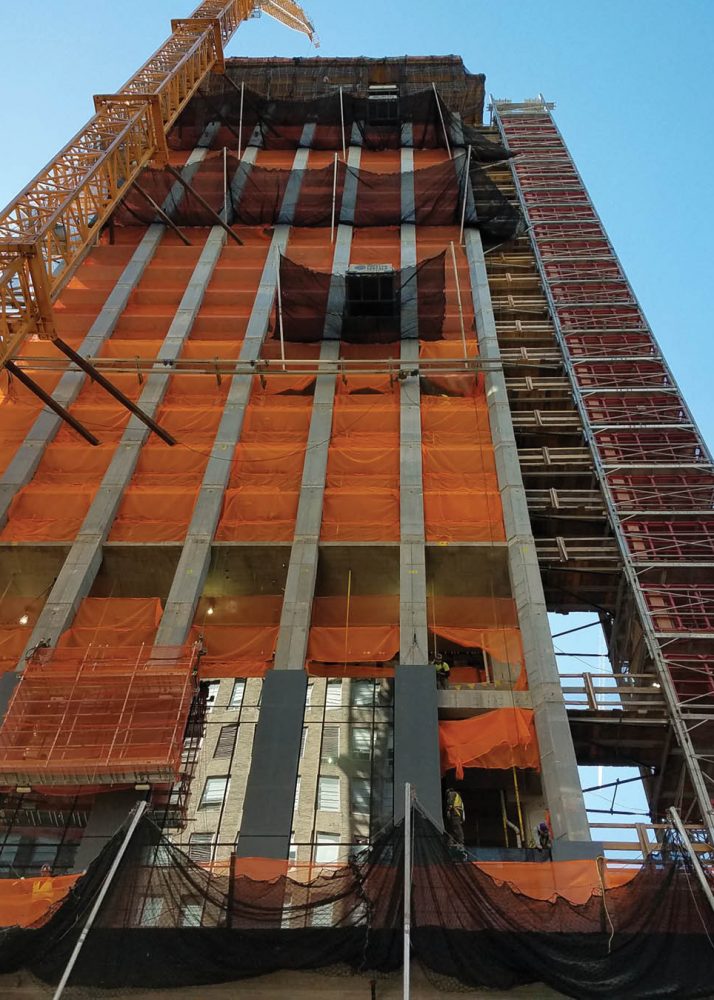 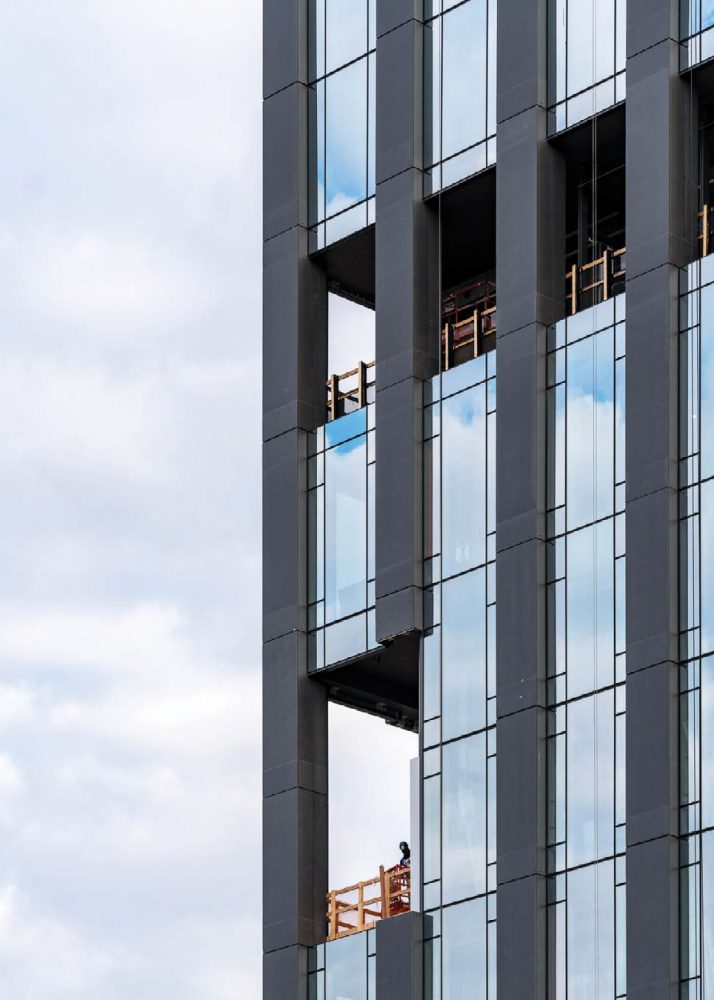