Viñoly Featured in ‘The Architects’

Commissioned by Storefront for Art and Architecture for the closing of the U.S. Pavilion at the 2014 Venice Architecture Biennale, ‘The Architects’ is a film by renowned artist Amie Siegel that cuts transversally through the city of New York, moving through ten architecture studios – beginning with Viñoly – unveiling the operational territories and landscapes of global architecture production.  A singular visual unfolding, the film deploys silent conversations among the architectures, locations, objects and characters that inhabit the picture frame, raising questions of scale, agency and power. Parallel tracking shots through the working offices chart the office typology through sameness and difference, revealing the reappearing elements of the spaces of architecture production: the long horizontal desks, screens, renderings, models, framing the wide spectrum of practice from large firms to smaller studios, between the lens of the camera and the view of Manhattan, always, and only, just outside the window.

The film will travel to New York this year, more information available at:  officeus.org 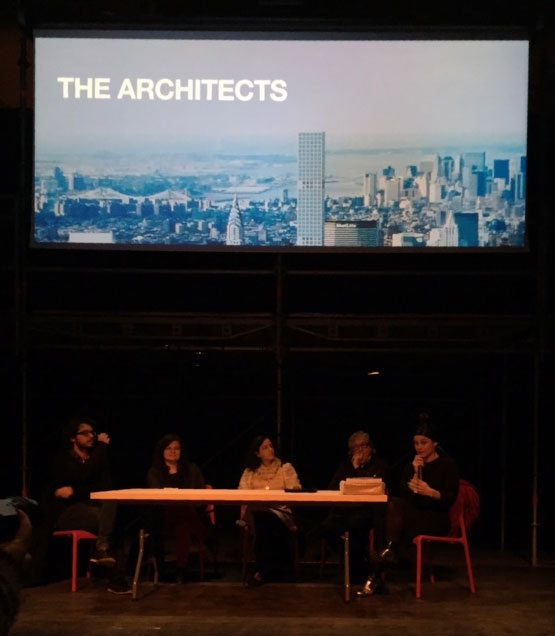