The first renderings of the Rafael Viñoly Architects-designed, National Medal of Honor Museum were revealed as part of the Museum’s 1-year anniversary celebration this past Thursday.

Dedicated to commemorating and preserving the stories of more than 3,500 recipients of the United States of America’s highest medal for valor in combat, the Museum will be located in Arlington, Texas, and will be set into a five-acre tranquil landscape with 25,000 square feet of exhibition galleries, a state-of-the-art education center, conference and event space, and an outdoor amphitheater for ceremonies.

The symbolism of the project is manifested in a monumental slab of fire-forged steel that appears miraculously suspended on five pillars, each representing one of the traditional branches of the Armed Services. At the center of the floating volume, an oculus that represents the newly created Space Force brings light and views of the sky into the Museum’s entry court, where two circular glass ramps rise into the Steel Slab floating above. The impression created by this structural feat echoes the acts of valor of the Medal of Honor Recipients who lifted the heaviest burdens in the fires of battle to support their brothers and sisters in arms and our entire country. Inside the Steel mass, flexible and media-rich exhibition spaces present the testimonies to our warriors’ most heroic acts. The background to this composition is a vast Field of Honor, a plane of turf that blankets the rest of the building components that overlook the water. From the center of a secluded Reflection Space a tall flagpole raises the National Flag to the sky.

The Museum will be integrated into a larger sports and entertainment district alongside Johnson Creek in Arlington and is on track to open in 2024. 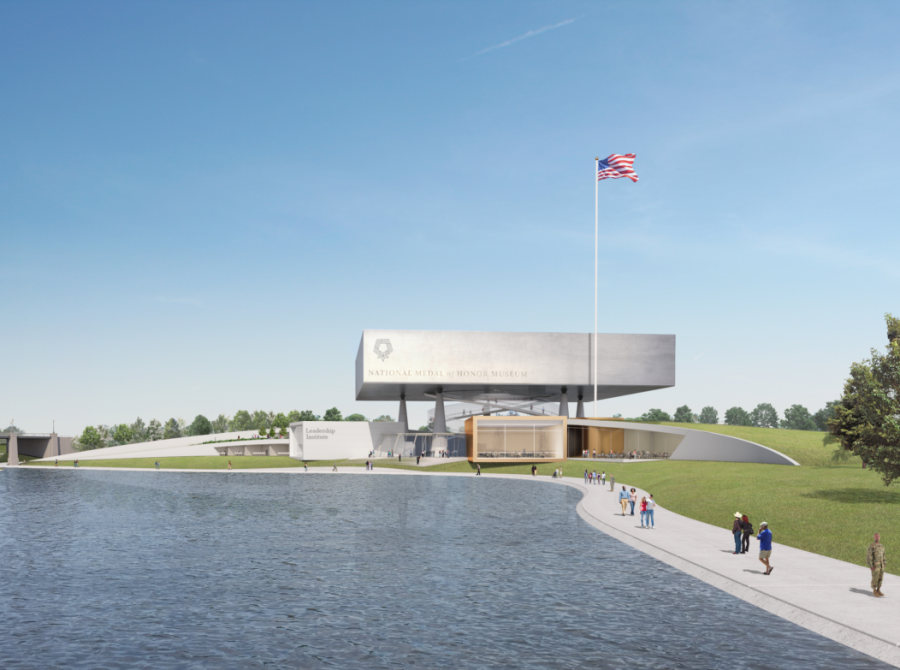 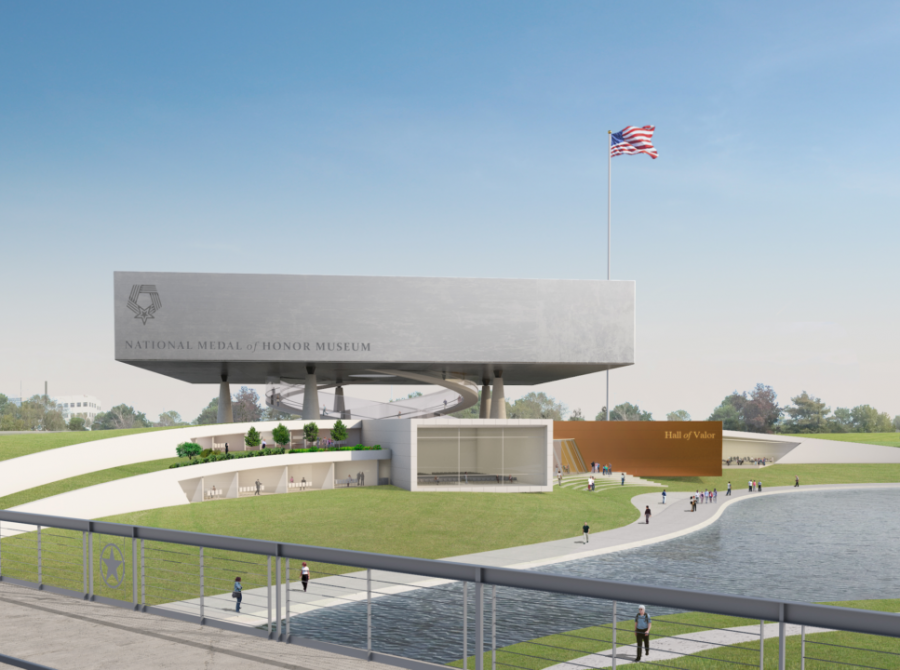 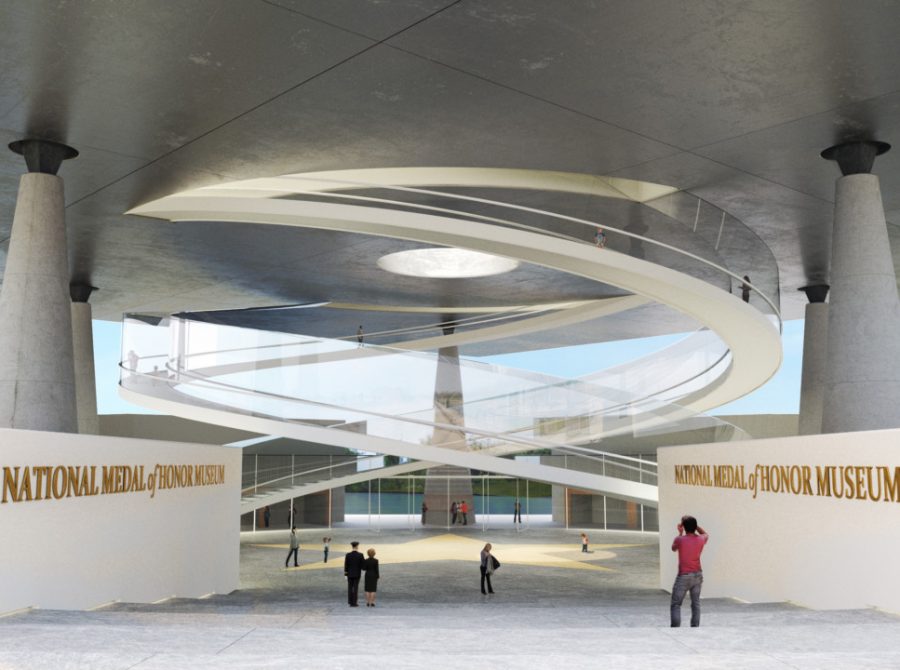 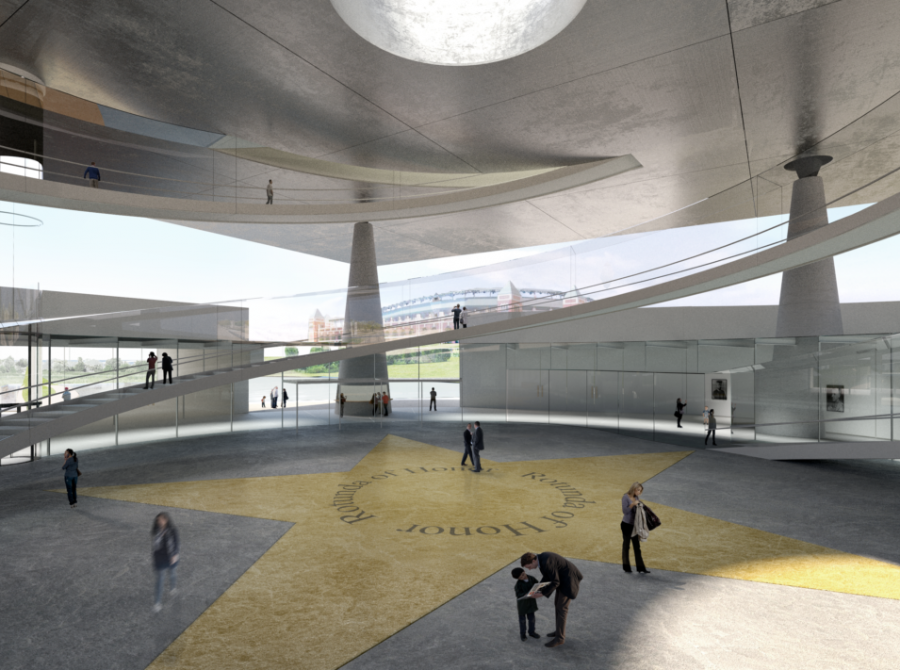 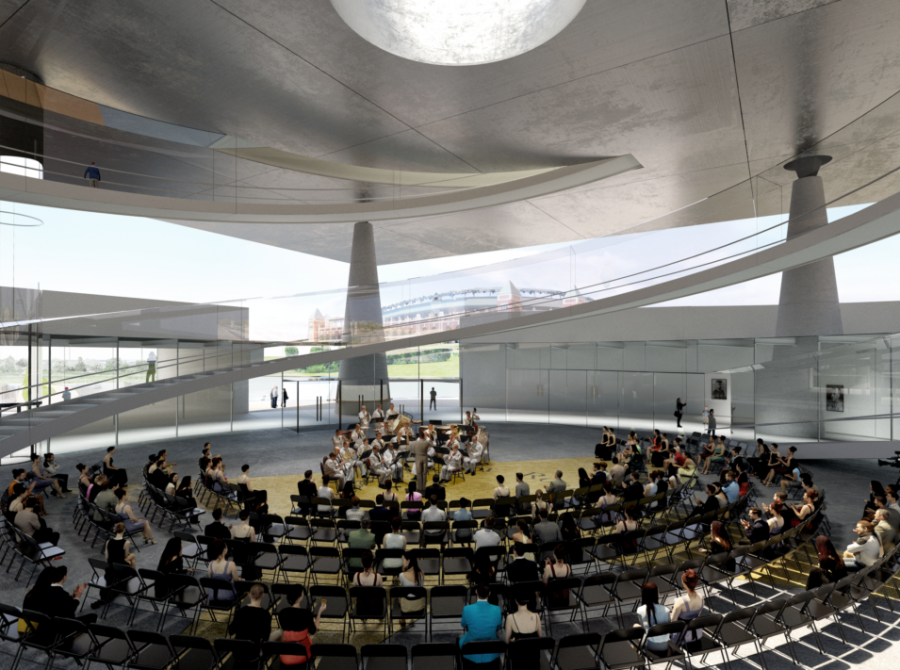 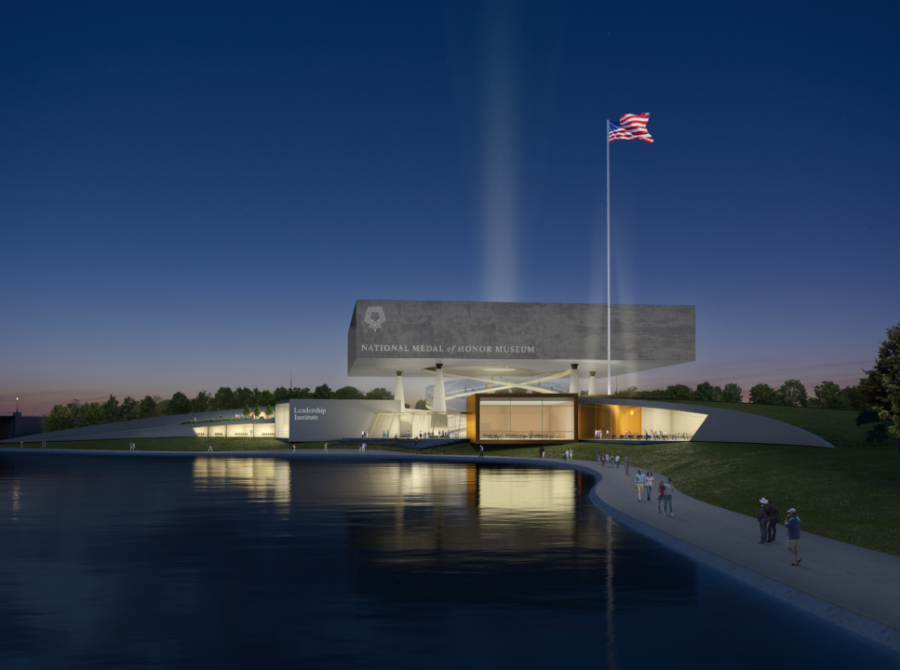 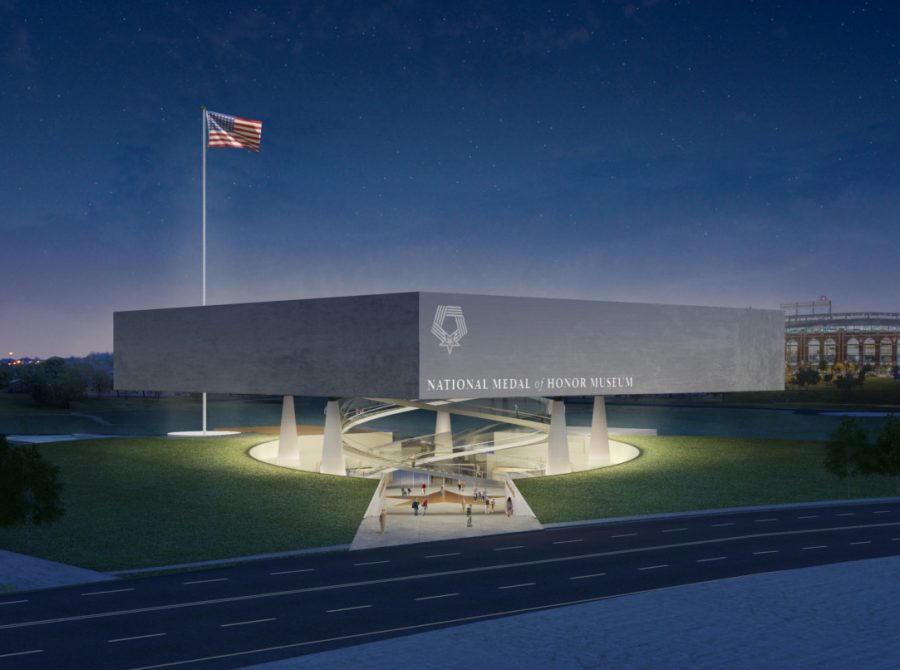