CLEVELAND – The second phase of the Cleveland Museum of Art is slated for substantial completion later this year, and will celebrate a grand opening in 2013. The original museum, built in 1916 by local architects Hubbell and Benes as a Greek revival pavilion, is situated at the head of a pastoral park landscape designed by the Olmstead Brothers. Many subsequent additions, including a noteworthy education wing by Marcel Breuer, obscured the order of the original plan. Viñoly’s two-phased plan brings a renewed sense of order and circulation to the museum complex and restores focus to the original 1916 building. A brand new centralized, sunlit indoor piazza will open, exposing the north facade of the original 1916 building for the first time since 1958. The piazza also functions as a central public space and organizing element for visitors.

As with the glass canopy over the piazza, the east and west gallery wings seem to barely touch the 1916 building, as they connect to it via glass pedestrian bridges. Each wing culminates in a fully glazed gallery that, in addition to creating a day-lit space for viewing art, permits full views of the 1916 building’s east and west elevations and restores its original appearance as a freestanding structure in a park. In this manner, the distinctions of “modern” and “historic” are preserved, yet integrated into a cohesive whole. Stay tuned for additional updates about the museum 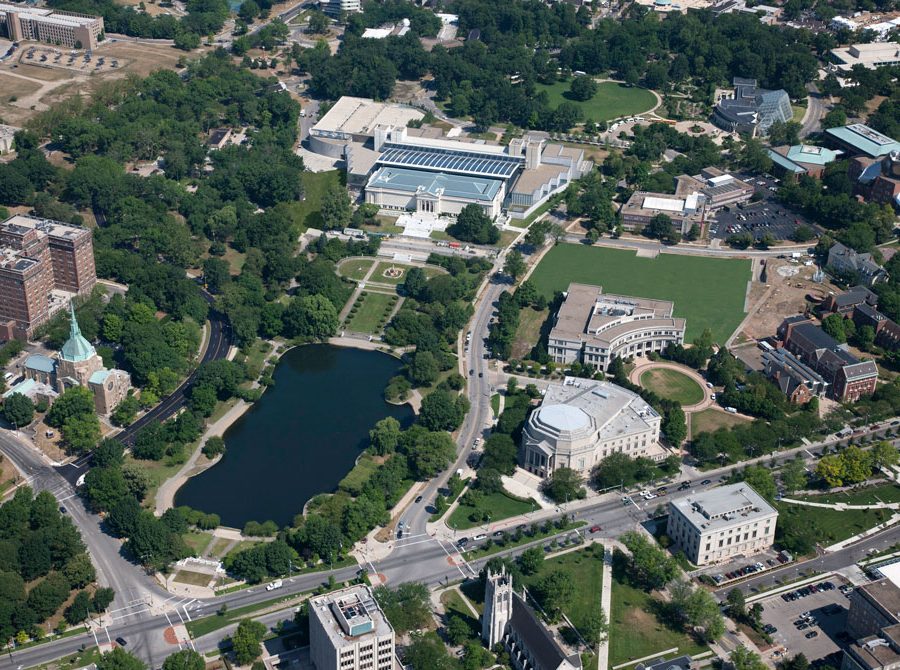