“Over the past 12 years, we have made historic progress in fighting crime on Staten Island and across the entire city,” said Mayor Bloomberg. “Today, we are formally dedicating the home of the NYPD’s newest police precinct – the first new precinct on Staten Island in more than 50 years. The new 121st Precinct is designed to meet the needs of the growing borough of Staten Island and is a major investment in continuing to reduce crime.”

“With the dedication of the new 121st Precinct Station House we demonstrate our resolve to keep the foundation of public safety on Staten Island strong, well into the future,” said Police Commissioner Kelly.

“Mindful of the local context, the design of this sustainable building is marked by a distinctive cantilevered second floor, which extends out to the avenue as a symbolic gesture of engagement between the NYPD and the community it serves. The building will not only serve as a model for sustainable design, but also expand law enforcement presence in Staten Island by cutting response times and relieving the workload of the existing precincts,” said Rafael Viñoly , Principal, Viñoly “The 121st Police Precinct Station House is an especially meaningful project for me and my team. We are honored to be part of such a vital undertaking for the NYPD and DDC 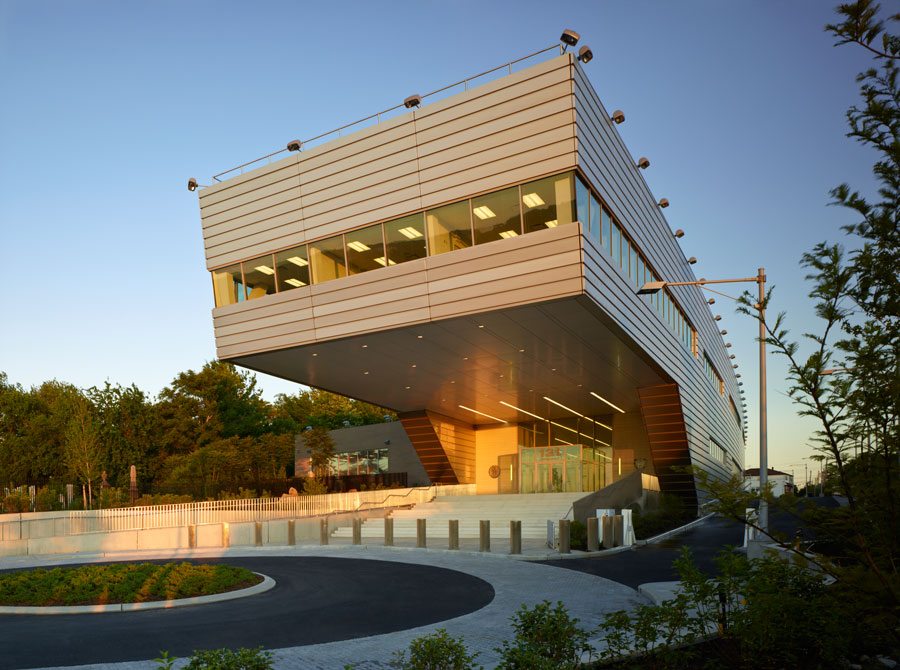